For the first time since Oct. 17, the Patriots are in the loss column.

New England at one point trailed the Colts 20-0 and eventually suffered a 27-17 loss in Indianapolis. The Patriots played better in the second half while trying to mount a comeback and even made it a three-point game with just over two minutes left. But Jonathan Taylor 67 yards for a touchdown in the final minutes to put the game away.

New England dropped to 9-5 with the loss while Indianapolis improved to 8-6 with the victory. The game marked the first time the Colts have beaten the Patriots since 2009.

STUDS
Hunter Henry, TE
One of Henry’s best games of the season, if not the best. The star tight end finished with six catches for 77 yards and two touchdowns, matching his season-highs in catches and touchdowns while setting a new high in yardage. Henry made some big, difficult catches in this game and continued being Jones’ most reliable target.

J.C. Jackson, CB
Nearly came up with a couple of interceptions and gave up virtually nothing in the passing game. No, Jackson wasn’t tested much and the Colts didn’t throw a ton, but the Patriots’ top corner still was excellent.

Nelson Agholor, WR
Made some tough, impressive catches before exiting the game with a head injury. That was a shame, as Agholor was playing well and his speed was starting to become a problem for Indy’s secondary. His injury will be something to monitor as the Bills game approaches.

DUDS
Mac Jones, QB
The rookie certainly played better over the final 20 minutes, but his two interceptions and shaky decision-making beforehand were too much for the Patriots to overcome. This was Jones’ first road game dealing with both a loud, hostile crowd and a big deficit — and it showed. All that matters is how he responds moving forward.

Isaiah Wynn, LT
Another underwhelming game for the 2018 first-round pick. Wynn gave up a sack on New England’s first drive, tackled Rhamondre Stevenson for a loss at one point and also had a poorly timed false start penalty. His unimpressive season continues.

Kyle Dugger, S
This is all about him getting ejected after a skirmish with Michael Pittman. Dugger is too important to the Patriots defense and needs to keep his cool in a game like this. 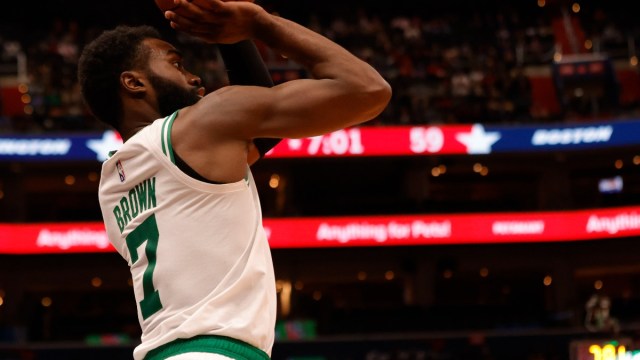 Celtics’ Jaylen Brown Has ‘Burst’ Back After Dealing With Hamstring Injury 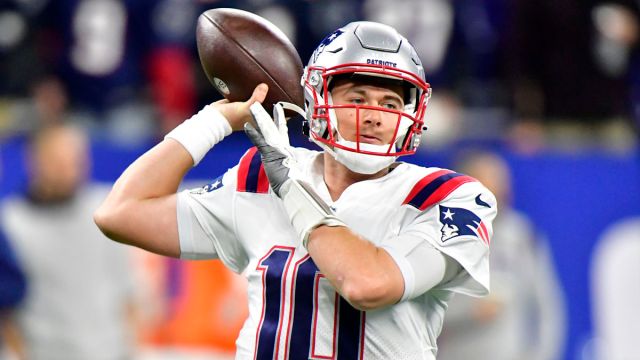