Patriots quarterback Mac Jones didn’t have much of a response to the shade thrown his way this week by Bobby Okereke as the Colts linebacker said before the Week 15 game how Indianapolis wanted to make New England one-dimensional.

The Colts essentially did that by taking a 17-point lead at the half, and Okereke then intercepted a pass from Jones — the quarterback’s second pick of the game — on the third play of the second half. Jones, though, put together a respectable fourth quarter after an otherwise forgettable start, but it wasn’t enough to bring the Patriots back from what was once a 20-point deficit in a 27-17 loss.

Jones finished the game 26-for-45 for 299 yards with two touchdowns and two interceptions.

It snapped the Patriots seven-game win streak and dropped them out of the top spot in the AFC, which they would have regained from the Kansas City Chiefs with a Week 15 win.

— Jones and the Patriots were forced to play from behind early, after having been successful while playing from ahead during much of their seven-game win streak. Essentially, it forced Jones into a situation where he would have to lead the Patriots back. Ultimately, the rookie wasn’t able to do so.

Jones did, however, lead three second-half scoring drives while benefitting from good field position on two possessions. On the first of two, Jones found tight end Hunter Henry on a 12-yard touchdown to cap a nine-play, 61 yard possession. He was 6-for-7 passing on the drive with five of those six passes going for 10 yards or more. The Patriots started the drive on their 39 yard line after a missed field goal.

Jones and the Patriots then benefitted from good field position after an interception by Devin McCourty set them up at their own 47. New England had its drive stall in the red area after 12 plays. The Patriots had first-and-goal from the 4 yard line and opted to settle for a field goal — while trailing 20-7 with 8:57 left — after a pair of Jones incompletions and Brandon Bolden rush.

The final scoring drive came as the Patriots covered 82 yards in seven plays at 1:27 of time. Jones had a 20-yard completion of Kendrick Bourne and a 43-yard completion to N’Keal Harry to set New England up in the Indianapolis red zone. Jones found Henry on the tight end’s second receiving touchdown, a seven-yard grab, with 2:21 left in regulation. It cut the Patriots’ deficit to 20-17 before a Jonathan Taylor 67-yard rushing touchdown ended the game.

— Jones threw his first red-zone interception of the season, and it came at a crucial moment with 1:43 left in the first half with the Patriots already trailing the Colts 17-0. It also essentially ended the first half with New England being held scoreless for the first time since 2016.

The costly interception came as Jones attempted a pass to Hunter Henry, but never saw Indianapolis Colts linebacker Darius Leonard drop underneath the tight end in coverage. The third-and-three pass came at the Indianapolis 16 yard line and ended New England’s best offensive possession in the first half. The Patriots previously had covered 60 yards in seven plays with Jones nearly getting intercepted earlier in the drive on a pass intended for Jonnu Smith.

Jones did, however, have a pair of nice plays during that drive. He hit Kendrick Bourne on the first play of the drive and bounced back from that near interception to Smith with a throw showing both anticipation and ball placement to Henry. Henry caught the ball on a corner route for a gain of 25 yards to set the Patriots up at the Indianapolis 22 yard line. Jones’ rookie mistake came four plays later.

— It’s worth noting that while Jones was far from perfect, he didn’t get help on a few passes that should have been caught. Among them, and perhaps Jones’ prettiest throw of the game, came on a deep ball down the sideline to Jakobi Meyers. Jones dropped it in the bucket, and while Meyers did go out-stretched in his attempt at the catch, it slipped through his hands. Jones put it where only his receiver could haul it in, and it would’ve been a big play for the offense.

It also served as a massive play in the game as the Colts blocked a Jake Bailey punt on the very next play. The scoop-and-score allowed Indianapolis to take a 14-0 lead — New England’s largest deficit since Week 3 — despite Jones having completed three of his four passes to that point.

— Jones connection with Henry was on display yet again. Henry finished the game with a team-high 77 yards and was tied with a team-best six receptions (eight targets). Henry now has a career-best nine receiving touchdowns on the season.

— The Patriots, including Jones, also didn’t help themselves with some brutal, drive-killing penalties and miscues. New England finished with eight penalties for 50 yards. The Patriots first drive stalled after an illegal men downfield penalty eliminated a screen pass from Jones to Jonnu Smith. Jones then further hurt that drive with a delay of game penalty.

— Jones had other moments in which he had impressive flashes. He had an nice throw-and-catch to Meyers on an early, third-down conversion. Jones avoided the rush, stepped up in a collapsing pocket, kept his eyes down field and fired a strike to Meyers, who beat man coverage over the middle. The next play he avoided a rush and ran for a first down himself. The Patriots had the ball at midfield, and then went backwards with a penalty and 15-yard sack.

— Jones had a hard time getting on the same page as Smith throughout the game. Jones looked for Smith down the seam a few times during Saturday’s contest and the two could not connect. One of said attempts came with Jones having what almost certainly was a surefire first down to Meyers late in the third quarter.

— Jones, on a much more light-hearted note, equalized his completion total from Week 13 against the Bills (two completions), just 2:35 into the game. Jones, who was listed on the injury report for a thumb injury, wore a glove on his left hand for the first time all season, too.

It was the first road loss of the season for Jones, who entered Saturday night 6-0 on the road. 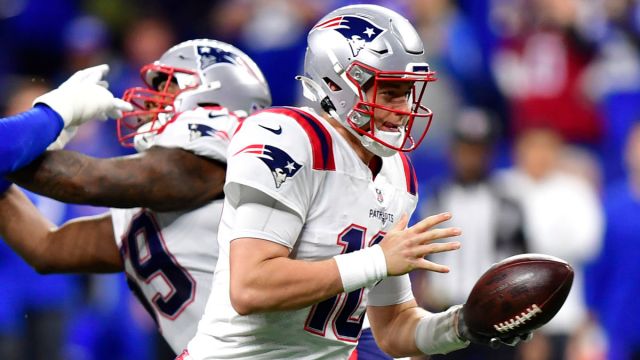 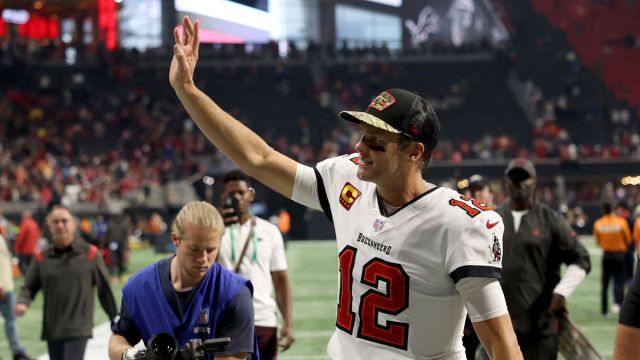