Trent Brown didn’t hold back Friday while talking about a pair of controversial calls in the Patriots’ Week 16 loss to the Buffalo Bills.

With 1:29 remaining in the first half and New England trailing 17-7, Mac Jones scrambled 7 yards to set up second-and-3 at the Patriots’ 47-yard line. After Jones went out of bounds, Bills edge rusher Jerry Hughes dragged the rookie down from behind, drawing a flag for unnecessary roughness.

Referee Shawn Smith surprisingly picked up the flag, prompting a cascade of boos from Patriots fans, along with spirited protests from New England’s players.

As the dust was settling, Brown got a bit too animated while yelling at Bills defenders, eventually earning an unsportsmanlike conduct penalty. New England went back 15 yards and wound up not scoring points before halftime.

The imposing offensive tackle discussed both penalties during a Friday video conference.

On officials picking up the flag for the Hughes hit: “That was (expletive) to pick up the flag. (Hughes) was clearly (out of bounds). Whether he tried to pick him up or not, you’ve got to throw that flag, as I feel like that was a game-changing decision. But it is what it is. We’ve got to do what we do for it not to be even in anyone else’s hands but ours.”

On his unsportsmanlike conduct penalty: “I’m not a guy that talks (expletive) during the game or anything like that. I’m really quiet the majority of the time. But I kind of see myself like big brother out there. So, I’m not going to stand by and watch anybody taunt or talk (expletive) to any of my little bros out there. And I just look at it as family. … I try to do it within the rule of the game, not get any penalties. That was just that one time. I think the refs were a bit on edge because the game might’ve been getting a little chippy, so they had to get it under control. It’s understandable. And even though I didn’t touch anybody, I was just yelling, he felt like he had to do what he had to do. It is what it is, it’s my bad. Just got to do better next time.”

Ultimately, Brown and the Patriots have nobody to blame but themselves for what happened against the Bills. They played a sloppy, undisciplined game and suffered the consequences.

They’ll look for better results this Sunday when they host the Jacksonville Jaguars. 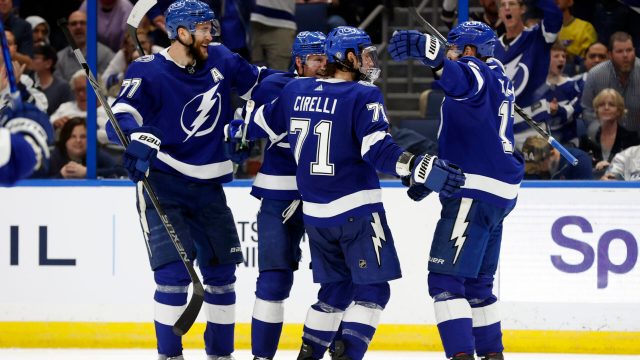 NHL Betting Guide for Friday, December 31: Ring in the New Year with the Lightning 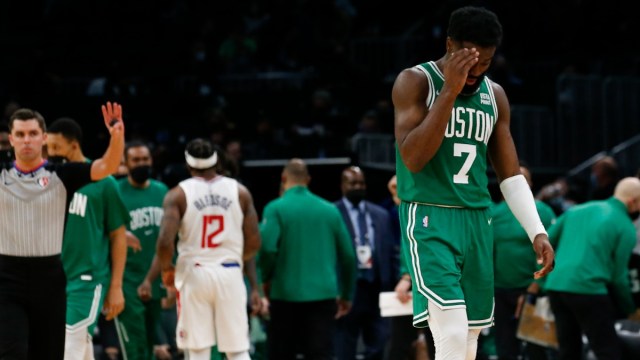 Celtics Had ‘Heavy Shooting Day’ After Woeful Performance Vs. Clippers