The New England Patriots’ need for speed prompted them to make a notable exception in the second round of the 2022 NFL Draft.

The Patriots typically don’t target wide receiver prospects like Baylor’s Tyquan Thornton, whom they traded up to take at No. 50 overall Friday night. Track-fast burners with incredible 40-yard dash times but subpar marks in agility drills usually are the type of players New England ignores on draft night.

Yet Bill Belichick’s club had Thornton squarely in its crosshairs, sending a fifth-round pick to the Kansas City Chiefs to move up four spots and nab him. Why? According to director of player personnel Matt Groh, the answer to that question is simple.

Scanning the list of receivers drafted by the Patriots under Belichick, Thornton is an outlier. His blazing 4.28-second 40 — the best of any wideout at this year’s NFL Scouting Combine — is the fastest of the bunch, beating out Bethel Johnson’s 4.3 from 2003 and Chad Jackson’s 4.34 from 2006. New England’s last six wideout draftees all were above 4.44.

Thornton’s scores in the three-cone (7.25 seconds) and short shuttle (4.39), however, both ranked last in that group, if you exclude special teams ace Matthew Slater. At 181 pounds, he’s also the lightest receiver the Patriots have drafted in the Belichick era despite standing 6-foot-2, and his 8 1/4-inch hands are the second-smallest, trailing only Deion Branch (8 1/8). Most are comfortably above 9 inches.

None of this necessarily means Thornton will be a poor fit for New England, even if he did come off the board far earlier than most draft analysts had projected. The Patriots clearly did need more speed in their receiver room, and given how badly they’ve struggled over the years to draft quality wideouts, you could argue a shift in strategy was overdue.

But this is a notable shift for a team that had selected just one first- or second-round receiver (N’Keal Harry, 2019) in the previous eight drafts. Groh, though, downplayed the idea of a Patriots “prototype” at the position.

“Yeah, I don’t exactly know what the prototype is,” he said. “I haven’t been here that long. But I’d say two guys who have played together, both played the position, a little bit differently, but I don’t think Randy Moss really looks a whole lot like Wes Welker. But they’re both good players, and they both have really good skill sets.

“So we’ve really just got to focus on the skill set and how it’s going to apply to what we want to do offensively at that position.  Yeah, (Thornton) is a little bit longer, a little bit leaner. But with his speed, he can certainly open some things up for us offensively.”

Though Thornton’s wheels are his greatest asset, Groh also praised his work at the line of scrimmage and mid-air ball skills. He was a three-year starter at Baylor, posting personal bests with 62 catches for 948 yards and 10 touchdowns in 2021 and averaging 15.7 yards per catch for his career. But he’ll need to prove his slender frame can hold up against better, more physical cornerbacks at the NFL level.

“This isn’t just a linear guy,” Groh said. “You see him really be able to get off the line. And for as fast as he is … to be able to see him get in the red zone and do some things, and it’s not just speed, it’s 6-2, ability to get up and really pluck the ball out of the air. So there’s going to be a lot of different things that he’s going to be able to do to help.”

Thornton joins a Patriots receiving corps that features Jakobi Meyers, Kendrick Bourne, Nelson Agholor and offseason trade acquisition DeVante Parker. Harry also remains on the roster for the time being but is a long shot to make it through to Week 1. 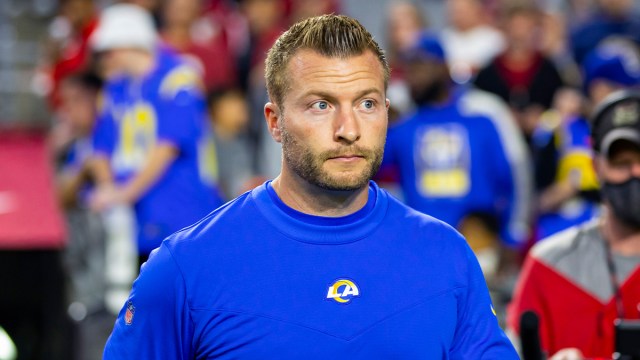 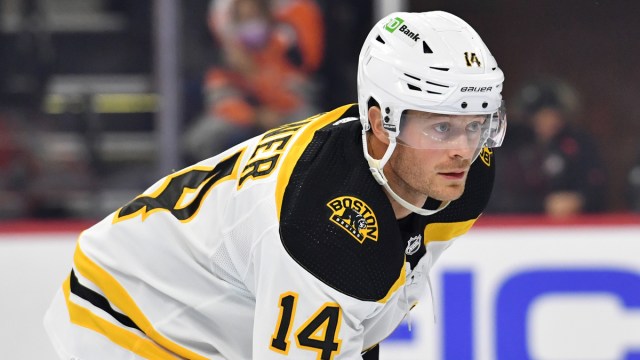