One need not be an eagle-eyed sleuth to see Paul Pierce was fired up Monday night or understand why.

The Boston Celtics legend celebrated the Kansas Jayhawks’ win over the North Carolina Tar Heels on Monday night in the 2022 NCAA National Championship Game rather forcefully. Pierce, who played three seasons for Kansas between 1995 and 1998 but never reached the Final Four, was among the former Jayhawks stars in attendance in New Orleans at the Superdome for the NCAA Tournament’s final game.

He spoke to the team prior to the matchup and looked like he was having the time of his life early on.

However, North Carolina amassed a 15-point lead over Kanas at halftime, and Pierce had to be in agony, given the size of the deficit. But all Kansas did in the second half was mount the biggest comeback in National Championship history to win 72-69 and seal the fourth title in school history.

WDAF-TV’s Harold R. Kuntz spotted Pierce in the stands and asked him why he was celebrating the Jayhawks’ win “like you won the national championship?”

Kansas retired Pierce’s No. 34 on Jan. 25, 2003, securing his place in Jayhawks lore forever. The ensuing decades don’t seem to have dimmed his enthusiasm for the university he once attended. 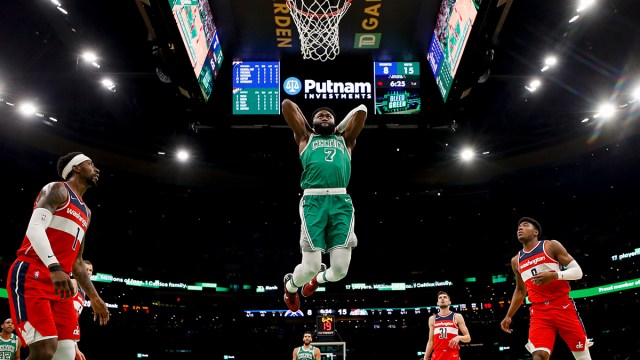 VA Hero Of The Week | Jaylen Brown Went Off In Celtics’ Win Vs. Wizards 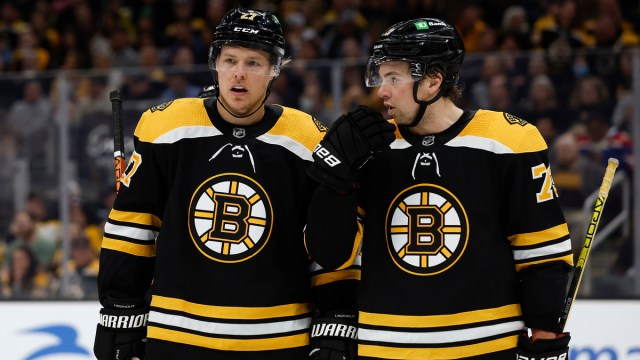