The Celtics on Sunday afternoon suffered their first loss of the 2022 NBA playoffs, falling to the Milwaukee Bucks 101-89 at TD Garden.

With the defeat, Boston now faces a 1-0 series deficit in its second-round, best-of-seven set against the reigning league champions.

ONE KEY TAKEAWAY
When we learned the Bucks would be without Khris Middleton potentially for the duration of the series, many figured the onus would be on Giannis Antetokoumpo to drag the Bucks past the Celtics.

The Greek Freak was solid in Game 1, but it was his teammates who proved to be the difference Sunday afternoon.

An opportunity to turn the tides presented itself to the Celtics with 3:37 left in the third quarter when Antetokounmpo subbed out after logging his fourth foul of the game. Boston trailed by six at the time, but it failed to gain any ground while the 2021 Finals MVP was on the bench. Milwaukee held an eight-point lead after three, and Antetokounmpo returned for the start of the final frame.

The two-time league MVP looked like a man possessed after his unusually long rest. Antetokounpo had seven points, four rebounds and three assists over the final 12 minutes.

Those three-plus minutes to close out the third wasn’t the only sequence where Antetokounmpo’s supporting cast stepped up. The Bucks’ other four starters combined to score 51 points, and the visitors also received 26 points off the bench.

STARS OF THE GAME
— Antetokounmpo kicked off the series with a triple double, recording 24 points to go along with 13 rebounds and 12 assists.

— Jayson Tatum led the way for the Celtics with 21 points, but the three-time All-Star didn’t put together an efficient shooting showcase. Tatum was 6-for-18 from the field.

— Jrue Holiday was excellent for Milwaukee. The veteran point guard chipped in 25 points, pulled down 10 boards and dished out seven assists.

— Bobby Portis (15 points, 11 rebounds) and Brook Lopez (six points, 10 rebounds) both proved to be handfuls for the Celtics.

— Derrick White was a bit of a bright spot for the Celtics. His 10-point outing marked his first scoring performance of double figures since April 7.

WAGER WATCH
Those who had confidence in Lopez improving on the glass in the second half were rewarded. His rebound total at halftime was set at 7.5 with a +115 price at DraftKings Sportsbook.

UP NEXT
The Celtics and Bucks are scheduled to meet for Game 2 on Tuesday. Tipoff from TD Garden is set for 7 p.m. ET. 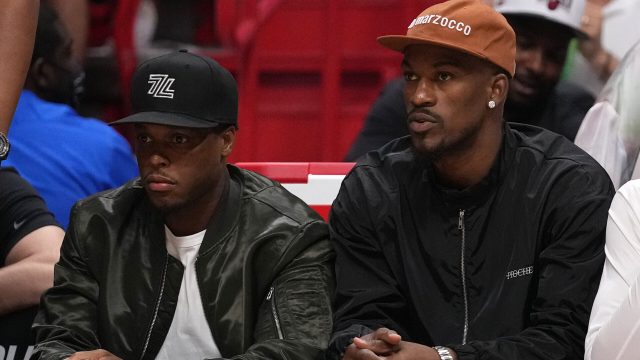 Miami Heat Guard Kyle Lowry Out for Game 1 vs. 76ers 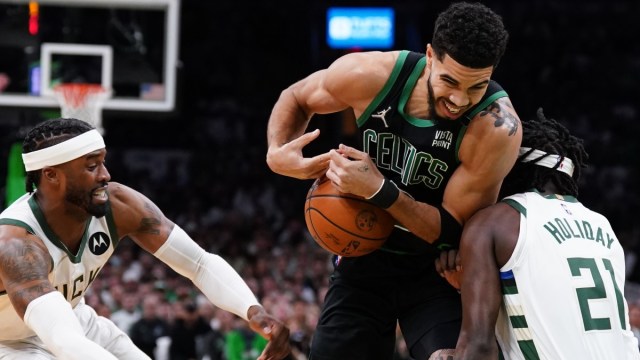 NBA Odds: Who Is The Favorite In Game 2 Of Celtics-Bucks?