The Boston Celtics put together a terrific bounce-back performance and led wire-to-wire to defeat the Milwaukee Bucks, 109-86, in Game 2 of the Eastern Conference semifinals on Tuesday at TD Garden.

With Boston’s win, the series is now evened at 1-1.

ONE BIG TAKEAWAY
From his seat on the bench, Celtics guard Marcus Smart, who missed the game due to a thigh contusion, had to love the defensive performance Boston put together in this one.

Led by Al Horford and Grant Williams, the Celtics made things extremely difficult for Giannis Antetokounmpo, who went 2-for-12 from the field in the first half before finishing with 28 points. Boston didn’t shy away from physicality when it came to Antetokounmpo, either, making him earn everything he got.

The Celtics also caused 17 turnovers and never let Milwaukee heat up from long range like they did in Game 1. The Bucks shot just 3-of-18 from deep.

This high-level of defense, even without the Defensive Player of the Year, was one of the key factors in Boston pulling out the win.

STARS OF THE GAME
— Jaylen Brown put any thoughts of his substandard Game 1 well out memory. Brown’s redemption came right away as he poured in 17 points in the first quarter alone. Brown netted 25 of his game-high 30 points in the first half — he missed only one shot from the field over the first 24 minutes — and finished 11-for-18 shooting.

Aside from his scoring output, Brown served as a playmaker for Boston’s offense as well. He dished out six assists, including a couple pretty dimes.

— Williams was a key catalyst for the Celtics off the bench. Williams scored a career-high 21 points and made Milwaukee’s defense pay by knocking down 6-of-9 three-pointers to go along with his hard-nose defensive play on Antetokounmpo.

— Horford just doing Playoff Al things. Horford impacted the game in several areas as he totaled 11 points, 11 rebounds, three assists and four steals. The 35-year-old Horford looked spry defensively as well to be an anchor on that end of the court.

WAGER WATCH
Brown came into the contest shooting just 25 percent from beyond the arc in the postseason, so DraftKings Sportsbook had +500 odds to hit at least five 3-pointers. If bettors took the risk with this prop bet, it would have netted them a big reward. Brown sunk six treys, which means a $100 bet would have a total payout of $600.

UP NEXT
The Celtics and Bucks will both get three days off before the series resumes. The series shifts to Milwaukee for Game 3, which will take place at 3:30 p.m. ET on Saturday at Fiserv Forum. 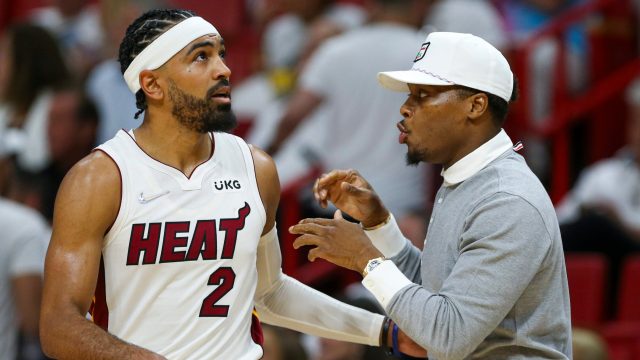 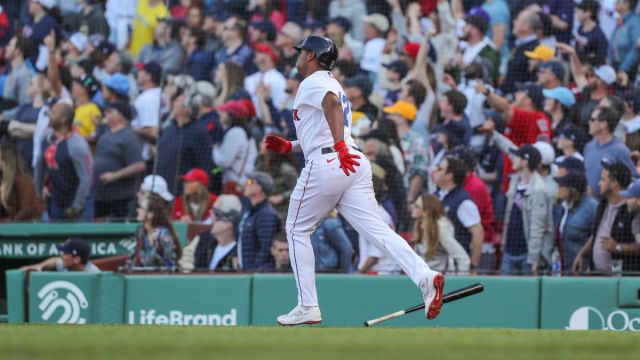