Tom Brady versus Bill Belichick was brought once up again as former New England Patriots cornerback Asante Samuel weighed in on the debate.

The two-time Super Bowl champion was a guest on the “I Am Athlete” podcast on Monday with Brandon Marshall, Adam ‘Pacman’ Jones, LeSean McCoy and D.J. Williams. McCoy, like Samuel, has experience being on the same team with Brady; McCoy was on the Tampa Bay Buccaneers team that won the Super Bowl in Brady’s first year with the team in 2020. McCoy first gave his take on the Brady versus Belichick debate.

“Before Belichick got with the Patriots, in my opinion, he was a regular degular,” McCoy said, via Twitter video from reporter Dov Kleiman. “He got a little love from (Bill) Parcells, so he rode that coattail. This dude goes to the Patriots. He got all these hall of fame greats on defense. Then, he gets the best player I’ve ever seen play football, Tom Brady. I played with him. He (Samuel) played with him.”

Former Buccaneers head coach Bruce Arians believed Brady was motivated to prove those who gave Belichick more credit for the Patriots dynasty wrong. Samuel agreed, and he didn’t mince words on who he gives credit to for the dynasty.

“Why did y’all won, because of that head coach (Arians)? No,” Samuel said.”

“The head coach came out and said it, I ain’t got to do nothing. I just let Tom do his thing. It’s Belichick who got to act like, ‘I’m gonna throw Troy Brown in here at nickelback.’ No, all this stuff is working because of Tom. Troy Brown, yeah, he probably can play nickelback.

“He’s probably good at it, but that ain’t how we won. He just putting on a show, and he can do all of that because of Tom. I’m sitting here. I’m trying to learn the NFL. I’m trying to figure out how we winning. We got earth, wind and fire coming off the streets starting at cornerback… It’s one x-factor. It’s Tom. This is the truth. That’s the way it goes.”

Samuel added, “It’s because of Tom, but guess what, Tom goes somewhere and wins a Super Bowl. That’s not a credit right there to him? In a COVID year, no practice, no preseason: ‘I’m gonna go win a Super Bowl.'”

Belichick has made his opinion known, simply stating players play and coaches coach, and others in the NFL find the debate to be disrespectful. Marshall added in the counter argument of front office decisions and that Brady is not in charge, Belichick is. Samuel made his own counter argument.

“We making those decisions because we got Tom,” Samuel said. “It don’t matter what decision we make. Who’s next up to bring in from free agency? Can they pass the test? Bring them in to workout to make sure they can play till the fourth quarter. That’s all we need because we got Tom, everything’s going to work. Belichick still has a way to be the greatest coach. I still give him credit. He still can be the greatest coach of all time, he just has to win another Super Bowl.”

The answer to the debate over who deserves more credit for the Patriots dynasty is ultimately up to the individual. However, Samuel and McCoy offer informed opinions that continue to add to the discussion. 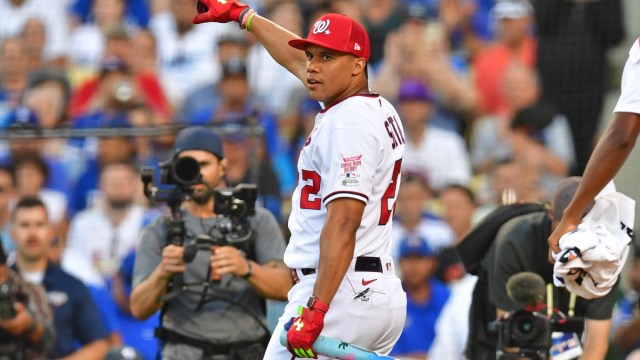 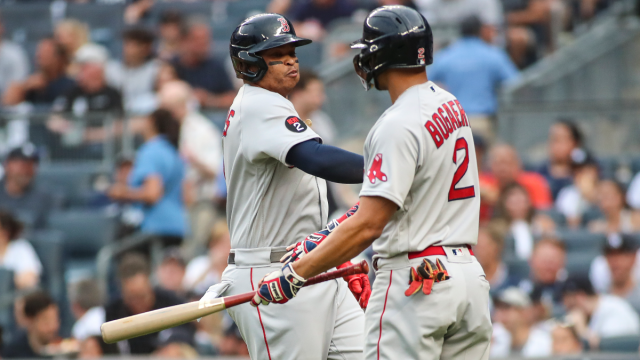