PITTSBURGH — When the Steelers visited the Bengals a week ago, they hounded Joe Burrow from kickoff to final whistle, sacking Cincinnati quarterback Joe Burrow seven times in an overtime win.

They were unable to replicate that sack-happy showing Sunday against the Patriots.

“The offensive line played amazing,” Jones said. “I didn’t even really get hit. So, hats off to them. Run game, pass game, they made it work. That was something I was really proud of. We’ve just got to keep doing that.”

It wasn’t a perfect showing from New England’s O-line, especially in the penalty department. Right tackle Isaiah Wynn and center David Andrews both were flagged for holding, and Wynn and right guard Mike Onwenu had false starts, with left tackle Trent Brown lucky to avoid flags after he appeared to jump early on two plays.

But the Patriots did a better job of keeping Jones upright against a Steelers team that ranked in the top two in the NFL in sack rate in each of the last two seasons. It was a welcomed change from last week’s season-opening loss to the Miami Dolphins, during which Jones took two unblocked sacks — a continuation of the communication problems that plagued the Patriots throughout the preseason — as well as a vicious high-low hit that drew a penalty for roughing the passer and left him with back spasms.

The line’s improvement also was evident in the run game, particularly in the fourth quarter. After the Steelers scored a touchdown to cut the Patriots’ lead to three, New England responded with a 13-play drive that drained the final 6:33 off the clock. Running backs Damien Harris and Rhamondre Stevenson carried the ball seven times on the drive and gained 5 or more yards on five of those attempts, including a 5-yard Harris rush on third-and-3 that iced the game.

“This offensive line, man,” Andrews said. “We got to third-and-3 at the end of the game right there. You’re going back to the huddle thinking, ‘Oh man, I hope they call a run here.’ Then we went back to it and finished it. As an offensive line, it felt really good to finish the game that way and come out of here with a W.”

Harris and Stevenson contributed to the blocking effort, as well, jointly replacing the injured Ty Montgomery on passing downs and seemingly holding up well in blitz pickup.

Sunday’s promising performance up front coincided with a change in New England’s coaching setup. During the three preseason games and the season opener, assistant O-line coach Billy Yates watched the first half from the coaching booth before moving to the sideline for the second half. In Pittsburgh, Yates spent the entire game on the sideline, allowing him to provide hands-on assistance to primary position coach/offensive play-caller Matt Patricia.

It’s unclear how much of an impact that change had on the line’s ability to make in-game adjustments, but the results were positive regardless.

“As they go, the rest of our offense goes,” Harris said of the Patriots’ O-line. “… They blocked their tails off in the run game, in the pass game, and they made our jobs as skill players a lot easier.” 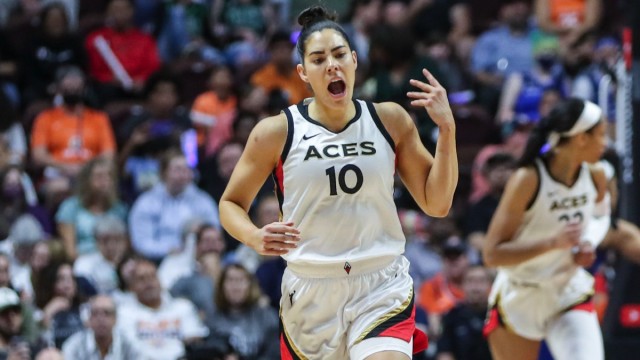 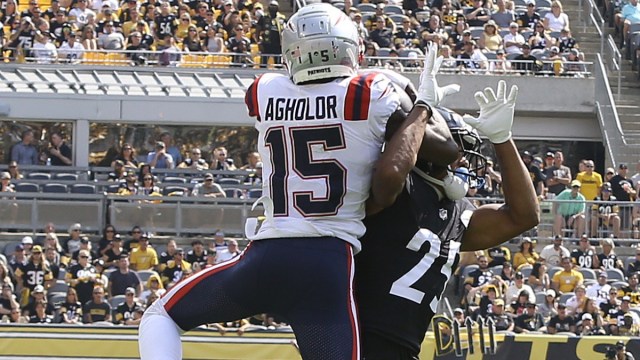