PITTSBURGH — Nelson Agholor and Mac Jones put in serious work during the offseason, eager to develop better chemistry than that showed in their first season as Patriots teammates. The two showed a strong rapport throughout training camp, despite New England enduring well-documented struggles on offense.

Their hard work didn’t pay off last week when Agholor caught only three passes for 28 yards while fumbling in a season-opening loss to the Miami Dolphins. But Sunday’s game against the Pittsburgh Steelers was a far different story.

Agholor was the Patriots’ top offensive performer in a 17-14 win at Acrisure Stadium, catching six balls for 110 yards while eclipsing 100 yards for the first time since joining New England in 2021. The top highlight: an incredible 44-yard touchdown catch on third down with under a minute remaining in the first half. The Patriots were sputtering on offense and at risk of entering halftime with only three points, but Jones put faith in a receiver whom he admires and thinks is “like a quarterback” — and Agholor delivered.

“We’ve worked on that play through the offseason, and 50-50 balls,” Jones said during a postgame news conference. “And he’s one of those guys that I put in the throw-it-up-to-him category, and he’s gonna make the play. So, if it’s 1-on-1, I’ll give him a shot.”

Head coach Bill Belichick added: “Nellie did a great job of going up there and getting the ball. Good job by Mac of giving the receiver a chance to go get it, and Nellie came down with it. So, it was a huge play for us.”

Again, it was an incredible play by Agholor. But it also is the kind of play the 29-year-old expects to make.

“Obviously, we want to make the routine plays,” Agholor said. “Anytime you get an opportunity on a 50-50 ball — we need to make those plays because it puts the energy on our side, gives us momentum.”

Sunday’s performance suggests that Jones and Agholor’s hard work is starting to pay off. Agholor feels that way, too, but he also believes it won’t mean anything if he, his quarterback and the rest of the Patriots can’t build off the game and continue playing well.

“I hope this game is a stepping stone toward where we’re harder. I don’t want this to be, ‘Hey, this is our identity.’ I want it to be, ‘OK, we see some good stuff, now let’s get better from here.’ …

“I hope this week springboards us into more weeks to come. With Mac, he’s getting better every week, and me, as a player, I want to get better with him. I want to produce for him. I want to build the confidence that he feels like he can come to me if I’m five yards behind a guy or only one yard — whatever it is. You build that type of confidence by making those tough plays and having those also routine plays. … So, when you do it in a game with coverage out there, it’s important. So, I want us to take this game and build off of it.”

You don’t have to spend much time around the Patriots to realize how well-respected Agholor is by his coaches and teammates. Fellow receiver Jakobi Meyers, who also had a great game against the Steelers, thought Agholor was due for this kind of outing.

“Great, that was crazy,” Meyers said of Agholor’s highlight-reel catch. “I knew he was athletic, so I just knew it was a matter of time before everybody else knew how athletic he really was. I expect it from him, you know what I mean? I know that he’s the kind of player that can make those plays consistently. So, I’m happy he’s putting it on film.”

Meyers also talked about how great it felt to win in a hostile environment against one of the NFL’s marquee franchises. “I dream about these games,” he said. “… I kind of live for this.”

However, it was Agholor’s performance that will stick with him the most.

“My guy Nellie breaking the (100-yard) streak,” Meyers said when asked how he’ll look back on Sunday’s game. “We finally got us one. So, I’ll probably remember that for a minute.”

Agholor emerging as the receiver the Patriots thought they were getting last year would be a significant development. He has the kind of speed and athleticism that New England’s offense rarely has featured in the post-Tom Brady era. Moreover, the Patriots would benefit from opposing defenses having to focus on someone other than Meyers, who’s the team’s No. 1 wideout.

Agholor will look for another big afternoon when the Patriots host the Baltimore Ravens next Sunday. 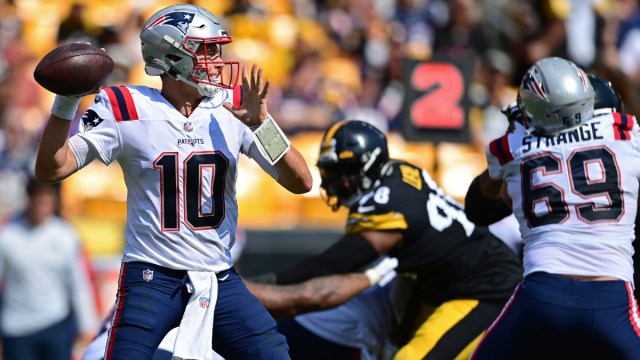 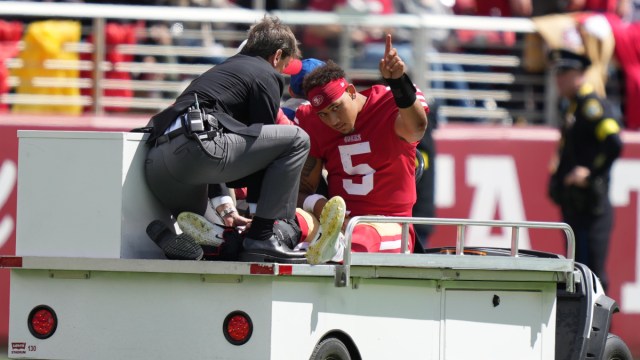