The Boston Celtics have done a good job closing out opponents all season, but they couldn’t do so against the Miami Heat on Friday night at TD Garden.

The Celtics sure had their chance to put the Heat away well before Jaylen Brown sunk a desperation 3-pointer in the final seconds to force overtime, where Boston ultimately fell, 120-116.

But they couldn’t take advantage of the opportunity, especially when leading by as much as eight points early in the fourth quarter. Celtics interim head coach Joe Mazzulla pointed to that critical stretch, when the Heat went on a 13-0 run in a matter of two minutes to turn a deficit into a five-point advantage, as the difference in the outcome and a learning moment for his team.

“I think it’s just one of those nights,” Mazzulla told reporters as seen on NBC Sports Boston postgame coverage. “I thought we did a lot of good things. I mean, we’re up, 91-83, and I think that’s what we can take from this game is when you’re in positions against great teams you have to execute. And so they go on a 13-0 run to go, 96-91. And so that’s the difference in the game sometimes. It’s not always in the fourth quarter or in overtime. We just have to manage pockets of the game better.”

The showing from Boston, including letting the fourth-quarter lead slip away, wasn’t what Celtics fans have been accustomed to seeing this season. The Celtics shot only 33.3% from beyond the arc, including an unusual 0-for-7 effort from Jayson Tatum. Boston was also careless with the basketball as Miami forced 20 turnovers.

And Mazzulla credited the Heat’s defense for clamping down on a Celtics offense that was absolutely on a roll coming into the contest by scoring at least 130 points in each of their last three games.

“They take away our space,” Mazzulla said. “They force us to try to create space and separation. They pressure you. They did a good job of that tonight.” 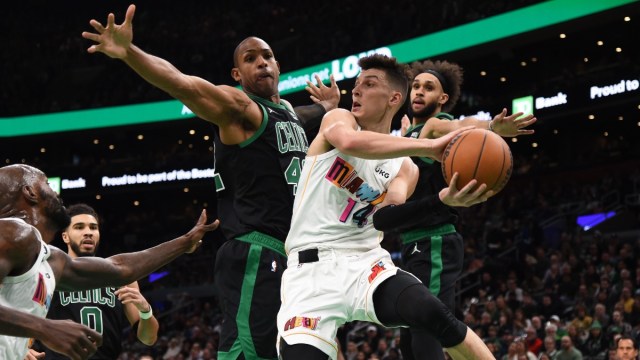 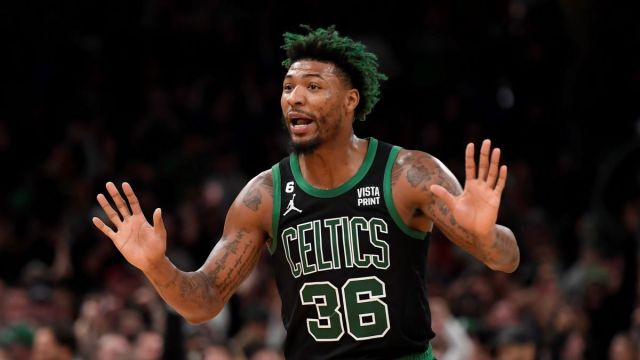