The Colorado Avalanche continue to lead the NHL Stanley Cup Futures odds, but the Tampa Bay Lightning have climbed up to second on the list and are threatening.

Below are the current remaining eight teams and their odds to win the Stanley Cup from the FanDuel Sportsbook.

Is this the year that the Colorado Avalanche finally get over their second-round playoff demons? This roster is certainly capable of it and they’ve proven that through six victories in the Stanley Cup Playoffs. Darcy Kuemper has been reliable in net and that was one of Colorado’s biggest concerns entering the playoffs this season.

The two-time defending Stanley Cup Champion Tampa Bay Lightning survived a scare in the first round against the Toronto Maple Leafs, but haven’t missed a beat in Round 2 against Florida, where they currently boast a 3-0 series lead. Andrei Vasilevskiy has been a difference-maker in net after a mediocre showing against Toronto.

Even though their series with Boston went seven games in Round 1, the Hurricanes have been one of the more consistent teams that currently remain in the playoffs. They are going to be a tough out this season with how stingy and reliable they are defensively, as that type of hockey can go a long way to finding playoff success.

It took Edmonton seven games to finish off the Los Angeles Kings in Round 1, but they’ve been a different team after Game 1 against Calgary in Round 2, winning two straight games by convincing margins. Connor McDavid, Leon Draisaitl, and Evander Kane have assembled arguably the most dangerous line remaining in the playoffs.

The Flames had a dominant regular season and followed that up with a hard-fought victory in Round 1 against the Dallas Stars. However, Calgary hasn’t been able to find an answer for the Edmonton’s top line in their second-round series and Jacob Markstrom will have to play better if this team hopes to move on from the Battle of Alberta.

Igor Shesterkin has helped give the Rangers a fighting chance against the Carolina Hurricanes in Round 2 and if he continues to play to that level, there’s no reason they can’t pull off this second-round upset. Mika Zibanejad has come alive for the blue shirts and now has 13 points during this Rangers playoff run.

There’s no doubt that the Blues are in a tough series against the Colorado Avalanche, but with the experience they possess and the scoring depth they boast, you can make a case they can still win this series. The biggest question mark right now with St. Louis could be in net after Jordan Binnington who has already been ruled out for the remainder of the series after suffering an injury in Game 3.

Oh, how the mighty have fallen. After winning the Presidents’ Trophy this season, the Panthers entered Round 2 of the playoffs with the second-highest odds to win the Stanley Cup at +360, but have since lost three straight games to the Tampa Bay Lightning. Jonathan Huberdeau and Aleksander Barkov haven’t made the impact Florida had expected they would in the postseason and that’s why they currently sit in this troubling position.

The current Stanley Cup Odds from the FanDuel Sportsbook: 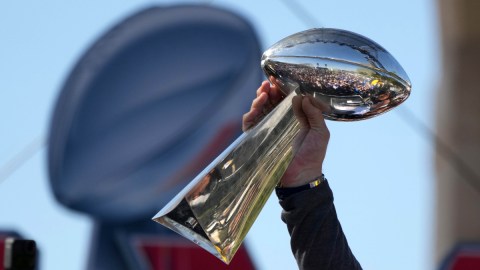