At 6-foot-3 and 220 pounds, he?s a guy the old-school scouts would itch to sign. His scouting report points to his ?excellent build
for his age,? his toughness, and his tools. He can hit the ball
anywhere for extra bases and has a good eye and plenty of bat speed.
His lateral movement is unnaturally quick for his size.

As a
left-handed hitter sporting a .298 season average and .297 career
average in the minors, he?s a guy the new-school statisticians would
say has tremendous potential. Couple all of that with the fact that
he?s only in Single-A, and you?ve got a first baseman of the future on
your hands.

A first baseman of the future who?s jump-starting his road to the major leagues.

On Monday, he showed that he?s perfectly capable of performing under pressure, even at the age of 19. With the Sox in a 3-0 hole heading into the sixth inning against the Frederick Keys,
Rizzo stepped up to the plate and hit a three-run jack to even the
score. Although Salem went on to lose 4-3, he still had that impressive
moment in the sun.

Pressure is nothing new to the Fort
Lauderdale, Fla., native. Neither is uncertainty, hardship and plain
old blood, sweat and tears.

He wasn?t always Anthony Rizzo,
first baseman of the Salem Red Sox. As recently as one year ago this
summer, he was Anthony Rizzo, cancer patient, and it wasn?t clear that
he?d ever be able to play baseball again.

Every
other Tuesday that summer, he?d report to a hospital in Miami to
undergo chemotherapy in the hope that it would kill the cancer cells in
his lymph nodes.

"After like the fourth time, I was nauseous all
the way driving down to Miami," Rizzo told the Roanoke Times. "Monday
was [the worst], 'cause I'd be thinking about the whole next day and
feeling sick."

At the same time, Rizzo?s grandmother, Anna Mae
Rapisardi, was in the middle of a fight against breast cancer — a
fight that was, unfortunately,  unsuccessful. But Rizzo is glad that
she had the knowledge of his remission in September.

"At least she found out that I was better, and then she passed away," Rizzo said.

After
six months of treatment, a PET scan revealed that the chemotherapy had
been successful.  He was pronounced cancer-free in November of that
year, and began his recovery.

"It was like starting from
scratch,? he said. ?I didn't jump into trying to get strong again fast.
I worked on getting flexible first, on range of motion first. Then I
got stronger and stronger."

Looking at him now, you?d never know
what he?s been through. He looks as blithe and strong as ever. And as a
lifelong baseball player, it didn?t take him long to restore his
groove. Rizzo made the South Atlantic League Southern Division All-Star
team and has hit safely in seven of his last 10 games, including four
multi-hit efforts.

Anthony Rizzo lives for this. After coming
so close to never being able to pick up a bat again, he?s very thankful
for what he has. What does he appreciate the most?

"Playing
every day," Rizzo said. "If you have a bad game, you come out the next
day and play again. And being in pressure situations, clutch situations
and big games. It's all about having fun and hoping one day to make it
to the big leagues.?

Who?s hot?
Right-hander Junichi Tazawa was promoted from Double-A Portland to Triple-A Pawtucket.  He posted a 2.57 ERA with the Sea Dogs this season and made his first start for the PawSox on Tuesday, pitching six innings and giving up one earned run on three hits. He did not issue a walk.

?I?m
happy to be moving up here,? Tazawa told the Providence Journal through
an interpreter. ?I know the guys who are working with me also — [Aaron] Bates, [Mark] Wagner, we were teammates — and the guys who were with me in big league camp. I know these guys, so I am very happy.?

Who?s not?
Center fielder Jonathan Van Every
has spent much of this season on the disabled list after injuring his
knee. While in rehab, he was designated for assignment and then
released to open roster space for recently activated Jed Lowrie. Despite speculation
that the Red Sox would look to bring Van Every back next year, he
decided to forge a career elsewhere and signed with the Pittsburgh
Pirates, hoping the struggling National League squad can facilitate a
more rapid rise to the major leagues.

Injuries and absences
Double-A Portland outfielder Jason Place
was placed on the disabled list (retroactive to July 22) after
sustaining a concussion, bruised ribs and a sore back after running
into a wall in the field. The timetable of his return is uncertain.

Salem right-hander Robert Coello and Lowell right-hander Jeremiah Bayer were both placed on the disabled list with undisclosed injuries and will be out for an indefinite period.

Quote of the week
?He
was outstanding. He had real good zip to his fastball and was able to
work ahead in the count. Then he was able to finish. ? He had a real
good mix, but his fastball had some explosiveness to it.?
–Greenville Drive manager Kevin Boles, in the Greenville News, on right-hander Brock Huntzinger?s
outing on Tuesday. Huntzinger allowed one run on four hits in five
innings, struck out a season-high eight batters and walked none in the
Drive?s 8-1 win over the Lakefield BlueClaws.

Upcoming series
The
Pawtucket Red Sox begin a five-game series with the
Scranton/Wilkes-Barre Yankees on Friday with a doubleheader in Moosic,
Pa. On Monday and Tuesday, the PawSox play host at McCoy Stadium in a
Triple-A version of the big league rivalry.

The Portland Sea
Dogs open a three-game set with the Harrisburg Senators on Friday. With
Portland tied for second with the Trenton Thunder and only a half-game
ahead of the New Britain Rock Cats, this series is critical, especially
if the Sea Dogs hope to narrow the gap between themselves and the
first-place Connecticut Defenders, who currently enjoy an 8 1/2-game
lead.

Change of Scenery Could Be All Duncan Needs to Shine

Agent: No Progress Between Kessel and Bruins 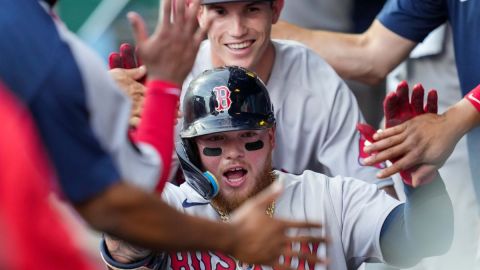 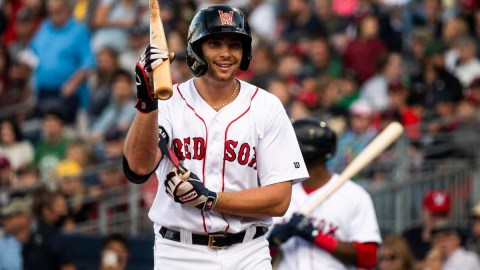