There was a certain energy about Paul Pierce as he walked off the TD Garden floor following the Celtics' 104-80 win over the Bobcats on Wednesday night.

This is a healthy Paul Pierce, a lively Paul Pierce. It's hard to believe this is the same guy who watched from the sidelines just four short days ago. But he's back now, and when the captain's feeling good, the whole team feels good.

We've now seen what the Celtics are capable of doing with their roster fully healthy, from one through 12. It has been a while since we've seen that, but Wednesday night was a very clear reminder of what these Celtics can do when they are at their best.

You can see the difference in Pierce. He talks about this team now with excitement, with enthusiasm. And he's anxious for what lies ahead.

"It's a start," Pierce said after Tuesday's 104-80 win over Charlotte. "We hadn't had a game like this in a while, you know, against a hungry Charlotte team playing for playoff position. So I thought this was a good win. This is the place we've got to start establishing ourselves, making it a place like we have the last couple years, where teams don't want to play here. Especially going into the playoffs."

For a while, the P-word was a curse around these parts. No one wanted to think about postseason play — about taking on the Magic, the Hawks or the Cavaliers down the road. The Celtics spent weeks losing ground to the rest of the Eastern Conference's top teams, and it was all too easy to give up hope on the C's this season.

But now, after Boston has rattled off two wins in two nights in two different cities, there's a different vibe around here. And there's nothing like a blowout win at home to lift a team's spirits.

Head coach Doc Rivers admitted before Wednesday's game that he wasn't sure how the Celtics would perform with their entire rotation healthy. It had been so long since he'd seen it that he had no clue what to expect. What lay in wait for him was a pleasant surprise.

"It's just nice to get Paul going again," Rivers said after the game. "It's funny — last night I jokingly said, 'Well, he'll be better tomorrow.' But he almost had no choice, you know, the way he struggled. But you knew he would be."

And he was. Pierce dominated with a game-high 27 points on 9-of-13 shooting, and on the other end of the floor, he spearheaded an airtight Boston defense that gave the Bobcats fits all night. Pierce's man, All-Star Gerald Wallace, shot 3-of-9 and was a non-factor for most of the night.

This season, it's a special occasion for the Celtics to run up a monster lead over a strong opponent, even at home. It's not often that a playoff-bound basketball team sees Gino dancing on the Jumbotron early in the fourth quarter.

But with a healthy Pierce and a healthy supporting cast around him, there's a decent chance we could see a return to the Celtics of two years ago. We're seeing a hint of the glory days, back when the Celtics were unbeatable and wins like this were common in this building.

Having the captain in tip-top shape is a very good first step. With Pierce bringing his A-game, everything else can fall into place.

"This is my first game I've played without the knee pads," Pierce said with a laugh. "I feel pretty good. This is the best I've felt in quite a while, just getting up and down the court with no more nagging injuries. I'm ready to go. Hopefully I can continue that way and finish out the season really strong."

That's the plan. After a night like Wednesday night, it doesn't look too far-fetched.

Kevin Youkilis Provides Plenty of Flexibility at First Base 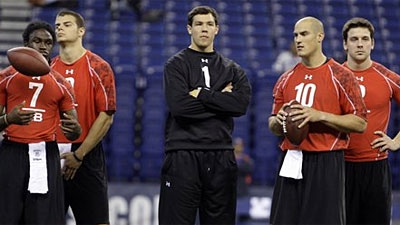