Over 40,000 people braved temperatures in the low teens (Fahrenheit, mind you) to take in an outdoor regular season game between the Calgary Flames and the Montreal Canadiens on Sunday. Granted, 40,000 Canadian hockey fans may show up for a game on a pond, it’s impressive nonetheless.

It wouldn’t be crazy to argue that the idea to bring NHL games outdoors has been the best and most innovative idea a major sports league has had to help grow its brand. In a sport that struggles for relevance in the national news cycle (in the United States, that is), outdoor games have only benefited the NHL.

There comes a point, though, when enough is enough. And while the NHL isn’t quite there yet with two outdoor games this season, they must be mindful of the event’s shelf-life from year to year.

At the most, the NHL could probably stand to have two, maybe three, games played outside every year while still being able to have favorable logistics, player support and an appealing product.

With three games, it would be easy to split things up. One game would go to a city in America. It may get a little tricky after a while as there’s probably not much demand for outdoor hockey in Phoenix. However, the league made it obvious this year that they’re willing to have repeat participants, as seen on New Year’s Day when the Penguins and Capitals — two Winter Classic veteran franchises — duked it out on the Steelers’ gridiron.

The Heritage Classic is an obvious home run and keeping the event solely Canadian may bring an added rivalry twist to keep it exclusive and successful on an annual basis.

If the NHL wanted to, they could add one more outdoor game on top of those two. The idea of bringing the All-Star Game outside is an interesting one to say the least, but it may get hung up on a couple of things. First of all, it’s tough to control playing conditions as you can inside when you bring things outside. That affects safety, something the NHL is probably not a huge fan of with its 50 best players on the ice.

The bigger problem, though, may be getting the owners to sign off on outdoor All-Star Games. The showcase not only shows off the game’s best players, but it’s also a chance to show off the host city, organization and its rink. Giving up one regular season game to Heinz Field wasn’t a huge deal for the Penguins, but you have to think they’d like an all-star game in the brand-new CONSOL Energy Center.

Taking hockey outside brings the game back to its roots for many players. It also brings the casual viewer to the NHL. The league’s doing a good job of doing that, so why change?

Do you think there should be more outdoor NHL games? Share your thoughts below.

How often should the NHL play outdoor games?Market Research 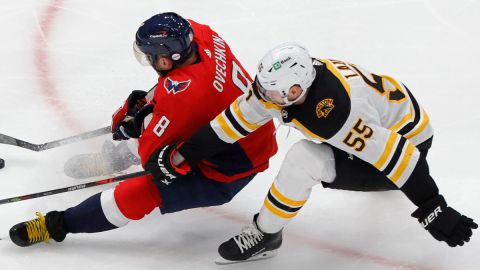