The Red Sox added one more arm to their roster on Tuesday, and they did so by snatching away a former Yankee.

According to MLB.com, the Sox have signed Alfredo Aceves, a right-hander from Mexico, to a one-year, $650,000 deal, with a potential $100,000 more for incentives

At 28, Aceves is a bit injury-prone as he has only pitched one full season at the major-league level in 2009.  Due to back problems, Aceves only appeared in 10 games last season, and this offseason Aceves added to his injuries when he broke his collarbone in a bike-riding accident.

The right-hander has shown to be fairly effective when healthy, and he even made a handful of starts in his time with the Yankees. Aceves is 14-1 with a 3.21 ERA lifetime. He's struck out 87 and walked 30 in 126 innings. 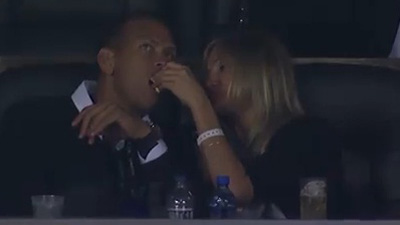