Bruins Determined to Prove This Year Is Different After Building Another 3-0 Series Lead Over Flyers - NESN.com Skip to content BOSTON — The Bruins knew the questions were coming, even if one of them thought he had a deal to avoid them.

Prior to the start of this Eastern Conference semifinal series with Philadelphia, Bruins forward Shawn Thornton promised to answer questions about last year's collapse only if he wouldn't be asked about it again. Good luck with that.

Thornton stuck to his guns in refusing to discuss last season's series after the Bruins beat the Flyers 5-1 at the Garden on Wednesday to take a 3-0 series lead for the second straight year. But plenty of his teammates relented to the queries they knew they couldn't dodge forever. Rehashing those four straight defeats from last spring is just one small part of the price to pay for such a historical collapse.

But the Bruins aren't bemoaning the fact that they're up 3-0 again. After all, it's not as if they would have preferred to lose any games just to avoid the parallels to last season.

"Going into the series I was hoping for it," goalie Tim Thomas said of the 3-0 lead. "It is what it is. It's a different year. It's totally different."

And this year's series is different. Last year, even opening at home, the Bruins had to squeak out a 5-4 thriller in overtime in Game 1, followed by another one-goal game won by a Milan Lucic goal at 17:03 of the third. This year, two of the three wins have been routs, a 7-3 victory in Game 1 and Wednesday's 5-1 blowout. They've outscored Philadelphia 15-6.

"I think so," Bruins forward Daniel Paille said when asked if this 3-0 lead felt different. "I mean it's different. I think we all feel pretty good about our game right now and confident. So the main thing for us is not to get too high and stay focused."

Thomas and Paille are two of the Bruins who suffered through that collapse, though Thomas was reduced to a cheerleader role backing up Tuukka Rask in all seven games.

Brad Marchand was also a spectator, up with the team throughout the playoffs but never appearing in a game. He's made up for that this spring, with 4-6-10 totals in his first 10 NHL playoff games. He's certainly not worrying about repeating history.

"We're trying to keep that out of our mind," Marchand said. "It's a brand new year. We have a new team here. Half the team is new guys. It's a new season, so we're not worried about that at all. We're writing our own new chapter."

That sentiment has come down from the top.

"We don't really think about last year," Bruins coach Claude Julien said. "We think about this year and the one thing that's important for us is one game at a time and we've really focused that way. Tonight's game is over. If anything, you've got to build on that, and you've got to know that you've got to be as good, if not better.

"We understood the importance of this game tonight, and we knew how hard they were going to come out if we weren't ready to face that, because we were in that position against Montreal and we knew the feeling of being down 2-0 and what that third game meant," Julien added. "I think we were better prepared because of that and obviously that helped us get off to a good start and obviously those early goals certainly gave us a little bit more control as far as our destiny was concerned tonight."

The Bruins learned from their experience overcoming a 2-0 deficit in the last round against Montreal. They also gained some valuable lessons from last year's painful collapse.

"We have already been through it," Thomas said. "We learned last year that the fourth win is the hardest. We are playing one game at a time, one period at a time, and one shift at a time. We are going to try to play it the same way come Friday."

The Bruins certainly want to end this one on Friday, when they host the Flyers in Game 4. Even one loss there will dredge up more questions and comparisons to last year, and maybe even allow some doubts to creep into their heads.

They've proven they were ready to face down the ghosts of last season for three games. Now, they have to do it one final time, and prove they really have put those painful memories in the past. 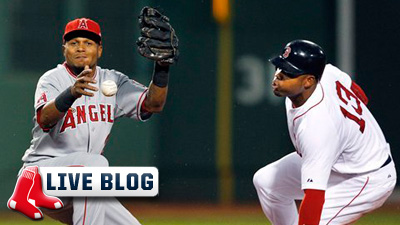