Capitals, Penguins and Flyers Among Teams That Could Overtake Bruins in Eastern Conference - NESN.com Skip to content The Bruins didn't make a lot of moves this offseason. That's one of the benefits to winning a championship. There aren't a lot of changes that need to be made when you're already on top.

But while Boston will look to defend its title with largely the same cast, the rest of the league has been spending the summer scrambling to catch up to the Bruins. Boston already experienced how difficult it was to get out of the Eastern Conference this spring when the Bruins won a pair of dramatic Game 7 showdowns with an overtime victory against Montreal and a 1-0 nail-biter over Tampa Bay.

The difference between the Bruins and the rest of the contenders in the East was already razor thin, but has anybody narrowed that gap even more this offseason to pose an ever greater threat to Boston's quest to repeat?

It will be largely the usual suspects presenting the greatest challenges to the Bruins this year. Washington finished first in the conference in the regular season for the second straight year, but once again was bounced early in the playoffs.

But the Capitals might not be such an easy out this year, as they addressed their biggest weakness by signing veteran netminder Tomas Vokoun. The Caps got him at a cap-friendly rate of just $1.5 million for a one-year deal, while completing their goaltending coup by getting a first-round pick and a conditional second-rounder from Colorado for Semyon Varlamov. Washington also added some much needed grit and secondary scoring with forwards Troy Brouwer, Joel Ward and Jeff Halpern.

The Lightning pushed Boston to the limit in the conference final, and they'll look to prove that was no fluke this year. Second-year general manager Steve Yzerman lost one key scorer to free agency when Simon Gagne signed with Los Angeles, but he kept his core together by re-signing star forward Steven Stamkos, along with goalie Dwayne Roloson, defenseman Eric Brewer and forward Teddy Purcell.

The Flyers finished just one point behind Washington in the regular season, but didn't come close to beating Boston in the second round. There was no miracle comeback this time around as the Bruins won in decisive fashion with a four-game sweep. In the wake of that setback, Philadelphia underwent a massive roster overhaul just one year after reaching the Cup Final.

Gone are high-scoring centers Mike Richards and Jeff Carter, traded to Los Angeles and Columbus, respectively, while Ville Leino, Kris Versteeg, Dan Carcillo and Sean O'Donnell are among the departures via trades and free agency.

In their place are newcomers Wayne Simmonds and heralded prospect Brayden Schenn and an old familiar face in 39-year-old Jaromir Jagr, returning to the NHL after three seasons in the KHL. The Flyers also finally addressed their longstanding need for a legitimate No. 1 goalie, signing Ilya Bryzgalov to a mammoth nine-year, $51-million deal. The Flyers have been one of the most active teams this summer, but will the many new faces be able to come together quickly enough to contend this season?

Pittsburgh won't have to worry about chemistry. They just need Sidney Crosby (concussion) and Evgeni Malkin (knee) healthy again to pose a serious threat in the East. The Rangers also could be in the mix after adding the top prize on the free-agent market in Brad Richards, while re-signing Brandon Dubinsky, Ryan Callahan and Brian Boyle.

Closer to home in the Northeast Division, the Sabres could be the biggest threat to Boston after new Buffalo owner Terry Pegula broke open the checkbook for a massive spending spree. With an increased budget, GM Darcy Regier acquired defenseman Robyn Regehr in a trade with Calgary, then further bolstered the blue line by signing Christian Ehrhoff to a front-loaded 10-year, $40-million deal. Leino was signed to improve the offense, and former Vezina winner Ryan Miller is already entrenched between the pipes.

The Canadiens weren't as active, but the Bruins know all too well how hard it is to get past the Habs, who came within a goal of ending Boston's quest for the Cup in the opening round this spring. Montreal did add some character up front by signing Erik Cole, but the Canadiens' Achilles' heel remains their lack of grit and toughness. Montreal's biggest addition could be the return of defenseman Andrei Markov, but can he stay in the lineup after knee and ankle injuries limited him to just seven games last year and 45 the season before that?

The Bruins own the bragging rights for now after their hard-earned Cup victory this spring, but staying atop the East, let alone the entire NHL with a repeat run to another championship, won't be easy with the moves their Eastern Conference rivals have made this summer.

Tuesday, August 2: What can Nathan Horton do for an encore in his second year in Boston?

Thursday, August 4: What will a full year of Chris Kelly and Rich Peverley mean for the Bruins? 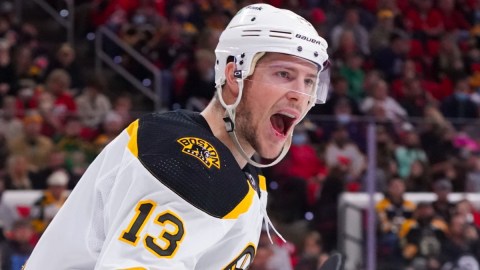 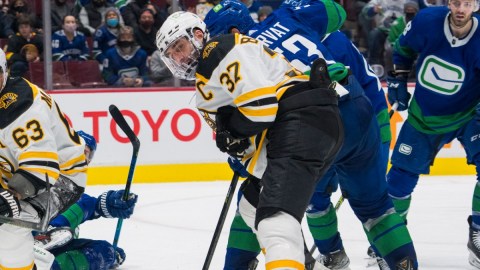 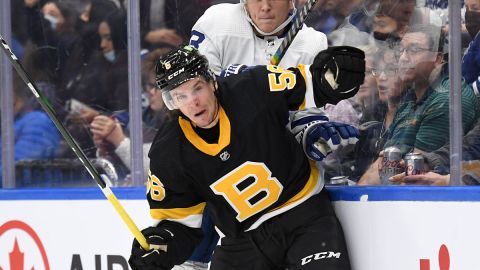