Joe Corvo is listed at 204 pounds on the Boston roster, but the last few weeks he's been carrying around a lot more weight than that.

Entering Saturday's game in Columbus, the Bruins defenseman had played 27 games this season without scoring a goal. This from a player who's reached double digits in goals in four of the previous six seasons he's spent in the NHL.

It wasn't the way he envisioned beginning his time in Boston after being acquired from Carolina this summer, and Corvo openly admitted the drought had become a burden weighing heavily on him in recent weeks.

Well, Corvo is free to step back on the scales now. The weight was lifted on Saturday when he not only erased the goose egg next to his name in the goal column, but put up a crooked number with two goals in a 5-3 win over the Blue Jackets.

"It was definitely a huge load lifted off my shoulders," Corvo said. "I've kind of been carrying it around the last week or so. It's nice to get a couple goals, especially when they mean something."

Both of Corvo's goals meant plenty. The first came late in the opening period with the Bruins facing a 2-0 deficit, and his blast from the right point gave the Bruins the spark they needed. Nathan Horton added another goal 45 seconds later to tie it before the break and Zdeno Chara scored 58 seconds into the middle frame.

Columbus tied it later in the second, but Corvo was feeling it by then. He teed up another blast, this time from the top of the right circle on the power play at 6:44 of the third to give the Bruins a lead they would not relinquish.

"It was a long time coming," Corvo said. "I can't remember the last time I went 20-some odd games without scoring. Especially on a new team, it's nice to get that one and then add another one late that was pretty important."

Corvo didn't shy away from the fact that the extended drought was bothering him over the last few weeks.

"They've been a little trying," Corvo said. "I feel like I was in a little bit of a funk. I'm just trying to establish a little more consistency. I just approached this game as a fresh start of a new season, and it kind of worked out that way. I kind of put everything that was behind me and didn't think about that and just played.

"I guess I was putting a little pressure on myself," Corvo added. "You start to wonder why it's not happening. 'What am I doing different than I've done in the past?' It's just a matter of working through it I guess."

It also helps to have a sounding board, and Bruins coach Claude Julien provided that with a pre-game talk Saturday morning.

"We had a great chat [Saturday] morning," Julien said. "It was more about staying positive and making sure that whatever little mistakes he makes he didn't carry with him the rest of the game. I thought he was a very positive and enthusiastic player [Saturday night] and made a real difference."

Julien didn't want to take credit for Corvo's breakthrough. He was just happy to see the results that he knew the veteran defenseman was capable of producing finally showing up on the scoresheet.

"I don't know if it's regarding the pep talk, but he certainly responded well," Julien said. "We had a good chat. I just wanted him to stay positive and battle through anything, and he did. He responded well. Sometimes when you do that, breaks start going your way and he scored two big goals for us." 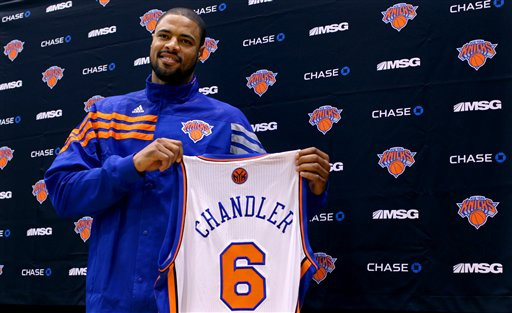