Celtics Escape With Win Over Mavericks Despite Mistakes That Will Cost Them Against Better Teams - NESN.com Skip to content BOSTON — Jason Terry was incapable of recalling even the most crucial late-game possessions. His mind was so fogged over with 58 minutes of basketball, he could only try — but fail — to recall specific plays from the Celtics’ double-overtime slog against the Mavericks.

“I don’t know,” Terry said. “I don’t even remember. It all happened so fast.”

Actually, it happened the opposite of fast, but Terry can be forgiven if the three-hour, 12-minute game seemed like a blur. The Celtics came out with a 117-115 win over Terry’s former team, but it was hardly the rousing victory that most multiple-overtime games are. This featured as many eyebrow-raising moments as jaw-dropping ones.

Paul Pierce dropped 34 points, Rajon Rondo came a rebound shy of another nationally televised triple-double and the Celtics forced 27 turnovers — and they were fortunate they did. Without all those miscues by the Mavericks, the Celtics would have been looking at an easy win for Dallas well within the 48 minutes of regulation time. The Celtics allowed the Mavs to shoot 52 percent from the field, outscore them in the paint by 20 points and outrebound them by eight.

By the end, though, the Celtics mostly just shrugged and chalked it up as a “W” before they departed for three straight road games.

“This is a good win, especially with a huge road trip coming up,” Pierce said. “Our defense was up and down for most of the night, but the positive part was, we were turning them over even though we allowed them to shoot a high percentage. It says a lot about how this team is growing to win a game like this.”

Mostly, it says that the Celtics still have plenty of growth to do. They led by as many as 14 points and trailed only once, when veteran guard Derek Fisher drained a 3-pointer with 1:47 left in the fourth quarter. More than any raw statistics, though, there were situations in which the Celtics lacked attention to detail, which will cost them later in the season, much less in the playoffs.

One of those situations came at the end of regulation, after the Celtics forced a turnover by O.J. Mayo to get the ball back in a tie game. Rondo came up with the steal with about nine seconds left, but instead of immediately signaling for a timeout, the Celtics point guard tried to dribble upcourt. Had Rondo called a timeout before advancing the ball, the Celtics would have inbounded from halfcourt. Because he took off too soon, they had to inbound from the backcourt with 6.9 seconds left. There was no time for Rondo to get off a decent shot and the game headed to overtime.

The fact that the Celtics eventually won the game does nothing to absolve Rondo or the Celtics of guilt in that situation. Anything can happen in five brief minutes. The Celtics and Mavericks illustrated that when they went the first four minutes, 25 seconds of the second overtime scoring five points combined. One bounce here or there would have altered the outcome. Avoiding those sorts of toss-up situations, especially in the pressure of the postseason, is paramount.

“I told our guys I was proud of them, but we made some mistakes that later in the year we can’t make down the stretch of games,” Celtics coach Doc Rivers said. “Those are plays that can’t happen, but through all those mistakes, we still won the game. As a coach, you’ll take that.”

Certainly, there was more to be dissatisfied with in the visitor’s locker room. Mayo had to answer for his nine turnovers, which put a damper on his 24 points. Chris Kaman scored 10 points by halftime but registered only two points the rest of the way. Darren Collison came through with some pivotal baskets to force overtime, but his seven turnovers and five personal fouls probably did more damage to the Dallas cause than his 20 points and six assists helped. Worst of all, the Mavericks then had to hop on a flight to Canada.

Being the one on the winning side of an ugly win therefore was not so bad. Not every team will cough up the ball 27 times, however, nor will every team let the Celtics off the hook for so many mistakes. The Celtics got their win on Wednesday, but they also got a crash course in the flaws they need to fix if their title talk is serious. 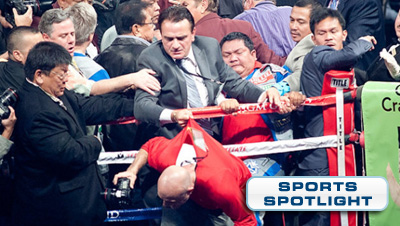 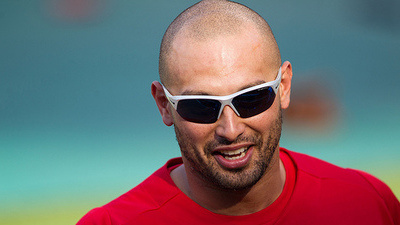