Former NHL player Jean-Francois Jomphe dropped the mitts in the 1990s with such players as Dallas Drake, Shane Doan and Brandon Convery.

On Thursday night in Laguna Beach, Cali., however, he allegedly got into a little scrap with a group of kids.

According to CoastLinePilot.com, Jomphe and fellow NHL alum Rich Costello were arrested around 1 a.m. after an alleged fight outside a Laguna Beach Jack In the Box restaurant.

“It’s not uncommon in the early morning hours after the bars have closed that we have people going to get food who get in fights when alcohol is involved,” Kravetz said.

According to reports, Jomphe and Costello arrived to the fast-food eatery’s drive-thru line in a cab and cut off a car carrying a group of young adults.

“One of the kids [in the Jetta] did a hand gesture like, ‘Hey, what’s up’ and Jomphe got angry, got out of the cab and went to the guy,” Kravetz said. “Costello went to restrain him, but he’s pretty upset and shatters the back window.”

Things then got out of hand when a bystander tried to step in, according to the report:

“Glass shards from the broken reportedly cut the face of a 20-year-old man in the back seat. The altercation escalated when a 44-year-old man tried to get Jomphe and Costello back into the cab because they’re ‘just kids’ in the Jetta.

“Costello allegedly threw a punch at the ‘good Samaritan’ but missed when the man ducked. Costello then tried to kick him.”

Jomphe played 111 career NHL games for the Ducks, Coyotes and Canadiens from 1995-1999 while Costello played in just 12 games for the Maple Leafs in the early 1980s.

Thumbnail photo via Facebook/Jack In the Box 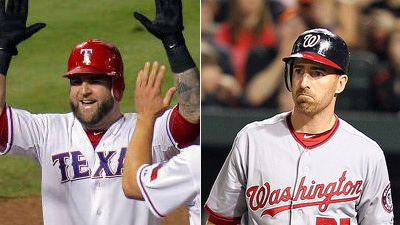 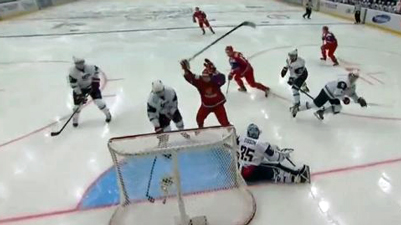