Report: Greg Oden Getting Serious Interest From Heat and Cavs, But Celtics Not Said to Be in Mix - NESN.com Skip to content Greg Oden‘s return to the NBA is quickly moving from speculation to substance.

Jeff Goodman of CBSSports.com reports that Oden plans to visit Miami next week to meet with team president Pat Riley and other members of the Heat. The Cavaliers, who could potentially pay Oden more, are also interested in the big man, according to Goodman.

Oden, who dominated as a 7-footer in college, has had a rough NBA career as he’s fought through injuries. He was picked first in the 2007 draft but has had several knee surgeries since. He averaged 9.4 points, 7.3 rebounds and 1.4 blocks in two years with the Trail Blazers, but he played just 82 games in those two years.

The Celtics were among the teams said to be interested in Oden as he looks to return to the NBA.

Report: Manti Te’o Delayed Telling About Hoax Because He Was Trying to Secure Marketing Deals 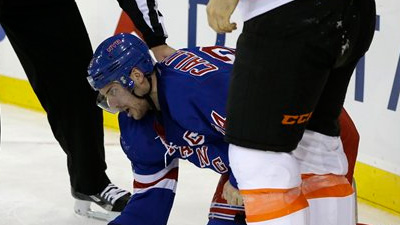