Rajon Rondo Has Torn ACL, Will Miss Rest of Season for Celtics - NESN.com Skip to content

The Celtics came into Sunday expecting to go head-to-head with the Heat and turncoat Ray Allen. Before the game even began, though, Rajon Rondo was pulled with an injured knee.

That news quickly got worse. Rondo was originally said to be sidelined with a hyperextended right knee, which he injured in Friday night’s game against the Hawks. Reports then surfaced that he was getting an MRI to examine a possible tear to his anterior cruciate ligament.

ACL tears are among the more serious of injuries, with players missing a minimum of several months and often up to a year. While some players can play through a ligament sprain, as Paul Pierce did last year, ACL tears require surgery and more healing time. Bulls point guard Derrick Rose has been out since last year’s playoffs with a torn ACL, which can be especially damaging in a sport that requires players to make quick cuts.

Rondo was averaging 13.7 points, 11.1 assists and 5.6 rebounds a game but more importantly was the key piece in the Celtics’ offense.

Click here for updates from our Celtics-Heat live blog>> 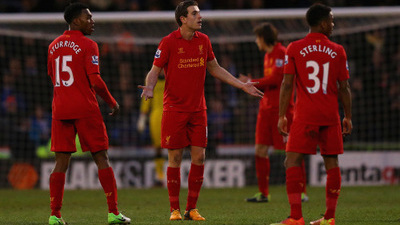 Adrian Peterson Says He ‘Will Get’ MVP Award, But Peyton Manning Doesn’t Like Him Campaigning at Pro Bowl