Andrew Ference has been a member of the Bruins since the 2006-07 season, and that tenure is in risk of coming to an end.

The veteran defenseman, who has been through plenty of ups and downs in the Bruins organization, is set to become an unrestricted free agent this summer.

Ference has become something of a staple on and off the ice for the Bruins, and he says he wants to continue that relationship by re-signing with the club at some point.

“I’ve put a lot of blood, sweat and tears into this team,” Ference told The Boston Globe. “The makeup and the fabric of this room — the environment.”

It’s true, too. Ference goes out of his way to defend teammates, and his leadership, by all accounts, has been instrumental in the Boston dressing room.

However, his three-year, $6.75 million contract is set to expire following this season. It’s not unrealistic to think that Ference, who will turn 34 next season, won’t return. The Bruins have good depth on the blue line in their organization, and that might make the B’s more willing to let Ference walk.

If he had his preference, though, he certainly wants to remain in Boston, where he’s become one of the most active athletes in the community in addition to what he’s done for the club.

“There’s a lot invested emotionally into this team,” Ference told the Globe. “We’ve accomplished a lot. Beyond that, the city is obviously home for us and our family. So it weighs heavily to know where things are at. The team has their numbers with what their budget is. They probably have a good idea of where I’m at. It’s a matter of me waiting patiently, I guess.”

Bruins general manager Peter Chiarelli has made a habit of re-signing players before they get to free agency, but he’s done with some of the club’s younger players. However, Chiarelli has made it known that he wants to keep this core together, a core that Ference obviously plays a big part in.

That could help the two sides come to a deal, as could Ference’s desire to stay in Boston, even if it costs him some money.

“At least I’m at a point where there’s more important things in life than a couple of extra bucks here or there,” he told the paper. “If you can have a good family life and live in a good city, it’s pretty tough to put a price on that.”

Ference has two assists in 10 games so far this season. 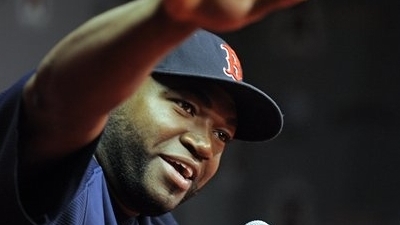 Michael Vick Believes He Can Run for Over 1,000 Yards Next Season in Chip Kelly’s Offense