BOSTON — Ryan Dempster, who is typically a clubhouse prankster known as much for his personality as his lengthy big league career, was a man of few words following Thursday?s blowout loss to the Indians.

It?s likely because Dempster?s recent struggles can be summarized quite easily.

He?s right. Dempster, who owned a 2.93 ERA through his first seven starts, has an ERA of 10.66 over his last three outings, and control has been the biggest issue.

Dempster was no stranger to working deep into counts earlier this season, but he survived such efforts because of his ability to finish off hitters. He hasn?t been quite as effective in that department over his last few starts, though, and it?s leading to walks, baserunners and a whole bunch of pitches early on in games — a perfect storm for starting pitchers.

Dempster issued a season-high six walks and threw a season-high 127 pitches over just 4 2/3 innings in his previous start against the Twins on Saturday. He only struck out two hitters in that game — his fewest since Sept. 18, 2012 and the fewest by a Red Sox starter in 2013. That speaks to the veteran?s sudden inability to finish at-bats strong after working deep into counts.

?Even in his first seven starts or so, there was no unwillingness on his part to use the entire count and not give in to hitters, but when he?s needed to go to a slider or a split for a strike, that?s where the command of the secondary stuff has been elusive for him,? manager John Farrell said after Thursday?s game.

Dempster walked four and threw 85 pitches over a season-low three innings in a losing effort on Thursday. Farrell said that the righty didn?t complain of any abnormal stiffness following his last outing, and the skipper mentioned that Dempster?s work between starts was even adjusted to factor in his high pitch total in Minnesota.

The fact that Dempster?s struggles aren?t related to anything physical is encouraging. The velocity is similar to what it?s been all season, so the issues are very much correctable. It ultimately comes down to Dempster hitting his spots, especially when he gets into two- or three-ball counts. Losing hitters on a regular basis is something that tends to snowball, and that?s what has happened with Dempster of late.

?When he executes his release point to his slider and his split, it still has the same action. It?s just the consistency to repeat it from pitch to pitch,? Farrell said. ?That?s what?s elusive right now, and that?s where you see the high pitch counts inside of an inning, and obviously the walks are what they are — they?re high.?

So how does Dempster — a 36-year-old veteran of 16 major league seasons ? plan to correct his command issues?

Sometimes, that?s all it takes. 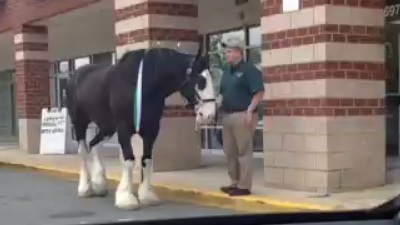 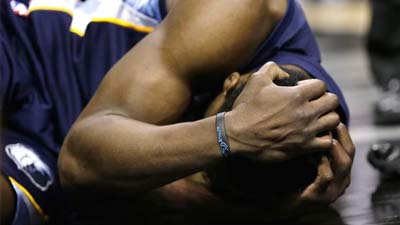 Tony Allen Fined $5,000 for Flopping After Being Fouled by Manu Ginobili (Video)