We get it. You’re hurt. Angry. Disgusted.

Doc Rivers, the one coach in Boston’s four major sports who you thought would never do you wrong, who always drew up the right play with five seconds on the clock and could smile his way through a sound bite on anything, appears to be headed out — to Los Angeles, of all places. He wants to coach the Clippers, apparently, which is reason enough to suspect some sort of undiagnosed head injury. But the bigger point is, he doesn’t want to coach your Celtics anymore. And you say, good riddance.

When news of Rivers’ possible departure broke last week, Celtics fans invariably reacted with dismay. There was a legitimate case to be made that Rivers was the most popular coach of a pro team in Boston. Bill Belichick‘s stonewalling rubs a lot of fans the wrong way. Claude Julien still has his detractors, even as he has positioned the Bruins to contend for their second Stanley Cup in three years. John Farrell hasn’t been around long enough to have a fair referendum. Aside from Jerry York, it was tough to think of a bench boss more unconditionally beloved than ol’ Doc.

No more. The fan reaction has swiftly evolved to annoyance with the whole concept of Rivers working his way out of town and trying to negotiate the conditions of the deal to boot. By the time a deal is likely struck, many of you will say: “So long, and thanks for the championship, Doc. Don’t let the door hit you on the way out.”

But that would be foolish, because there is still reason to hope Rivers does not leave. Hint: He wears No. 34.

Granted, any such hope at this point is probably in vain. Rivers seems ready to go, and bring Kevin Garnett along with him. Forgotten in the disgust over the Rivers saga, though, is that Boston cannot simply cut ties with Rivers and be done with him. If Rivers goes, Garnett goes, and if Garnett goes, Paul Pierce could go as well. Honestly, that would only be fair to Pierce. There is no use keeping a 35-year-old forward around on a team that clearly would not be capable of winning a championship in 2014. We already know Pierce and Garnett make their decisions more or less together. If you don’t want to see Pierce playing in a different uniform next season — and we suspect most of you don’t — you must be closing your eyes, crossing your fingers and praying this whole thing just goes away.

Despite conflicting rumors, we choose to believe the inimitable Steve Bulpett, who says Rivers and the Celtics could resolve their differences if a Clippers deal cannot be worked out. That seems like a long shot, but if you have any attachment to Garnett, Pierce or the era they represent, you must be doubling down on that long shot. This thing won’t end just because Rivers takes off for L.A. No, that would only be the beginning.

Listen, you’re not happy. We understand. Where you once praised Rivers, now you are more likely to spit at his mention. But do not expect to kick Rivers off Causeway Street, tug on your No. 5 Celtics jersey and go root for Vinny Del Negro or whoever it may be lead your beloved Celts to another deep playoff run next year. It won’t happen. Things will look mighty different beyond just a new face on the bench.

If that is what you desire, so be it. If not, beware of throwing out the baby with the bath water. 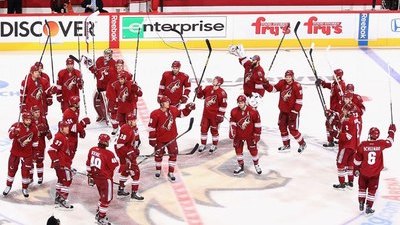 Report: Coyotes May Relocate to Seattle if Arena Deal With Glendale Is Not Reached 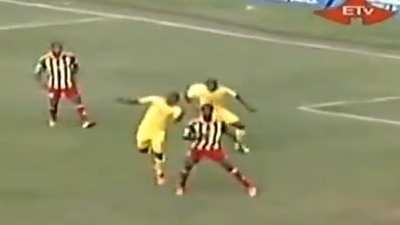