Jason Kidd and Grant Hill came into the NBA together in 1994, taking the league by storm and sharing rookie of the year honors. Close to two decades later, they now go out together with considerably less fanfare.

Two days after Hill announced his retirement from the NBA, Kidd called it quits on Monday. Kidd, 40, will hang up his sneakers after 19 years, 10 All-Star selections and 107 triple-doubles.

“My time in professional basketball has been an incredible journey, but one that must come to an end after 19 years,” Kidd said in a statement issued by the Knicks. “As I reflect on my time with the four teams I represented in the NBA, I look back fondly at every season and thank each [and] every one of my teammates and coaches that joined me on the court.”

Knicks coach Mike Woodson and general manager Glen Grunwald praised Kidd’s professionalism and veteran leadership in his only season in New York. The 6-foot-4, 220-pound point guard arrived in an era in which “big” point guards were all the rage by teams searching for the next Magic Johnson. Although Kidd was four inches shorter and never quite attained Johnson’s level, he did spend a roughly six-year span as the NBA’s new prototype for his position.

Kidd retires in second place on the all-time lists for assists and steals, and third all-time in 3-pointers and triple-doubles.

Report: Jerry Sloan Could Return to NBA in Unspecified Role With Utah Jazz 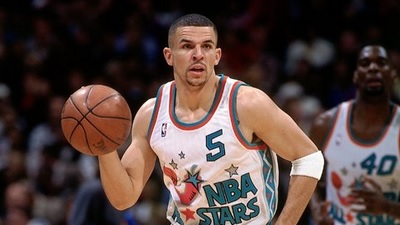