Raheem Sterling is confident that Brendan Rodgers can steer Liverpool back into the top four next season.

The Reds have been out of the UEFA Champions League since 2009-10, but 18-year-old Sterling believes the foundations laid by Rodgers during his maiden season mean the club will be back among Europe’s elite sooner rather than later.

“We just need to get a good start to the next season and hopefully maintain that, and 100 percent I think we’ve got a good chance of finishing in the top four,” Sterling said.

The Jamaican-born star made his England debut last November in a friendly against Sweden, but injury meant he sat out the end of 2012-13.

His aim for next season is simple.

“For me at Liverpool, 100 percent it’s about cementing a starting place in the team, getting a good run of games and hopefully getting some goals for the club, and obviously assists as well,” Sterling continued. “If I do that then hopefully I’ll get a pick for the England squad.”

It was Kenny Dalglish who granted a 17-year-old Sterling his senior debut against Wigan at the back end of 2011-12 — but it has been under Rodgers that his career has come to life.

“I can’t talk any more highly of him as a person, not just as a manager,” he said of Rodgers. “He’s a top guy. He’s one of those who isn’t only interested if you’re playing well at that moment. He looks at players who are not playing or young players.

“Liverpool should be really grateful they’ve got a manager like that.” 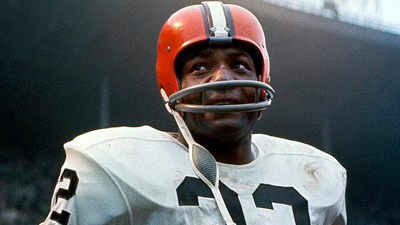 NFL Needs to Follow NASCAR’s Lead on Safety, According to Jim Brown