Report: Doc Rivers Would 'Pause' Before Signing on for Total Rebuild With Celtics - NESN.com Skip to content More than five weeks after the Celtics were bounced from the playoffs by the New York Knicks, Doc Rivers has yet to say definitively whether he will be back on the bench for the team next season.

While the signs tilt toward him being back, seeing as Rivers has attended pre-draft workouts and discussed next year’s roster with president of basketball operations Danny Ainge, Rivers has played coy whenever asked about his future. With Paul Pierce and Kevin Garnett not guaranteed to return next season, Rivers is believed to be taking his time to see what his two future Hall of Famers do before he commits to another year.

It might not be so simple as determining the fate of two players, though. Rivers has his eye on more than just Pierce and Garnett, a source tells CSNNE, and Rivers is wary of a “full-blown” rebuild.

“No coach wants to go through a full-blown rebuilding proces,” the source told CSNNE’s A. Sherrod Blakely. “Doc’s already done that, so he knows how tough that is for all involved. But to be asked to go through it twice? Any coach would pause for a minute before signing on to that.”

Rivers was fired 11 games into the 2003-04 season by the Magic after leading the team to a 1-10 start. He then signed with the Celtics and led them to an Atlantic Division title in 2004 before presiding over two terrible seasons, which laid the groundwork for the team to trade for Garnett and Ray Allen in 2007. The Celtics have not missed the playoffs since, winning the NBA championship in 2008 and reaching the NBA Finals in 2010.

Rivers told The Boston Globe he would “rather not say” if he is still deciding whether to return to the Celtics next season. 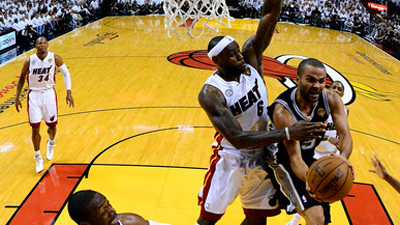