WALTHAM, Mass. — Jeff Green has heard an unfamiliar urging this season. It has come from teammates, coaches and front office members alike, and it can best be summed up in a five-letter word, followed by an exclamation point.

From Rajon Rondo to Brad Stevens to Danny Ainge, everyone on the Celtics spent a lot of the preseason yelling at Green, their de factor No. 1 scoring option, to shoot the ball. With Paul Pierce and Kevin Garnett gone, Green’s days of deferring to future Hall of Famers are over. The Celtics now need him to be a shot-maker, but first he has to be a willing shot-taker.

“They’ve got guys in like Jared [Sullinger] and Rondo in your ear telling you, take that shot, take that shot,” Green said. “I’ve been that player for so many years to take that shot if it’s open. I know what my shot is, you know? Now, I don’t have that one shot. Now, it’s any shot. So I’ve just got to be aware of that and I guess just focus on taking whatever I can.”

In past years, Green entered the season with statistical goals that gradually fell by the wayside. When Kevin Durant was blossoming into a superstar or Pierce was defying Father Time, Green realized his own interests were secondary. For the first time, though, he sees no reason his benchmarks can’t be more than 20 points, seven rebounds and five assists per game, given how often he figures to have the ball in his hands.

Expect to see more higher-volume nights from Green this season. That is what the Celtics want, and until Green proves he can consistently hit those shots, opponents will be more than happy to concede them.

“It gets kind of tough sometimes because you want to get your teammates involved, because you want to make the right play,” Green said. “But sometimes you have to be the guy to make the play. Sometimes I get caught in just trying to help my teammate get a good shot and I put myself in situations where I get turnovers or I force the issue, where if I’m aggressive and I just look to score, then it’s just one thing on my mind, and it’s to score.

“I’m a great player. I can tell when it’s the right pass to make if that player steps up on the defensive end. I’ve just got to continue to remind myself to be aggressive and, I guess, shoot first.”

For Green’s shoot-first strategy to succeed for the Celtics, he will have to maintain a level of accuracy that he has not consistently achieved before. He shot just 30.3 percent on short 2-pointers not at the rim last season and only 36 percent on long twos, shots that were a heavy part of his repertoire in preseason. He has shown signs of improving his midrange game, though, and has topped 40 percent on shots from 10-15 feet the last two seasons, according to HoopData. At the same time, advanced statistics have lessened the midrange shot’s impact on the game due to its perceived inefficiency.

When the season opens Wednesday for No. 8, everything from his jersey to his last name to the light he will be given at the offensive end will be green. It might not be pretty, but it is what Green is being asked to do. Only he can determine whether he is up to the challenge. 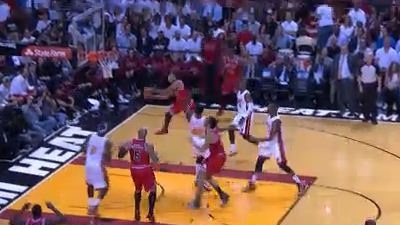