Marcin Gortat Destined for Year in Trade Block Limbo for Suns Franchise That Has Fooled People Before (Poll) - NESN.com Skip to content We continue with No. 2 on our list of lottery ballhogs: the Phoenix Suns.

We should know better by now. When we see a talented point guard like Eric Bledsoe, an up-and-coming coach like Jeff Hornacek and a bright, young executive like Ryan McDonough, we want to believe that the Phoenix Suns are building the foundation for a bright future.

Yet then we know, in the bottom of our hearts, that incompetent owner Robert Sarver will probably find a way to ruin it all before too long.

Amid all that stands Marcin Gortat. He came to Phoenix three years ago in a head-scratching trade between the Suns and the Magic, and here he remains. On the eve of his 30th birthday, Gortat has wasted some of his prime years as an underrated inside presence living through the constant threat — or should we say, promise — of being traded away to a team that knows what it is doing.

Life figures to be the same for Gortat this season, in the final year of contract. He is prepared to be shipped out at a moment’s notice, either to a contender in need of a big body who can finish at the hoop or to a tanking club in need of his expiring deal. Meanwhile, he is working through training camp to build chemistry and timing with Bledsoe and Goran Dragic in the pick and roll, because until he is traded he has to operate as though he won’t be.

The Suns should be a lot of fun to watch, if total uncertainty and controlled chaos if anyone’s idea of fun. The good news for McDonough is that a shrewd G.M. can make up for the failings of his ownership. Just ask Billy Beane. As far as Hornacek is concerned, anybody who played under Cotton Fitzsimmons and Jerry Sloan has to have at least a little bit of a clue about how a team should be run.

Even if McDonough and Hornacek are building the beginnings of a winner in Phoenix, it would be a minor miracle for them to accomplish the turnaround all in one year, especially when Pacific Divisionmates Golden State and the Los Angeles Clippers are eyeing bigger things. If the Celtics want the No. 1 pick, they might have to go through the Suns. 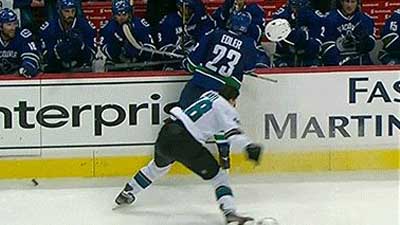