Xander Bogaerts was thrown into the fire in Game 5 of the ALCS on Thursday. It was the Tigers who got burnt.

Red Sox assistant general manager Mike Hazen said Thursday morning that there would be an â€œinfusion of energyâ€ if Bogaerts was inserted into the starting lineup for Game 5. Those words held true, as Bogaerts handled his first career playoff start with the same poise and fearlessness that have been hallmarks of his young professional career.

“Special person and a special player,â€ catcher David Ross said of Bogaerts after the Red Sox tamed the Tigers 4-3 to move to within one win of the American League pennant.

Bogaertsâ€™ effort in Game 5 wasnâ€™t eye-popping. He didnâ€™t jack a pair of taters, make some sensational defensive play or drive in the winning run. But the 21-year-old finally gave the Red Sox some offensive production out of the left side of the infield, and it went a long way toward lengthening out Bostonâ€™s lineup.

And that energy? That was there, too. But it wasnâ€™t some uncontrolled energy that left Bogaerts in a state of panic. It was a tempered excitement that thrilled his teammates and gave the Red Sox something extra to feed off of in the early going of Game 5.

â€œDefinitely I was a bit nervous before the game,â€ Bogaerts said. â€œ[But] I controlled my emotions pretty good. I got a good double to keep the [second] inning going after Napâ€™s home run. A good game, overall.â€

Mike Napoli kicked off the scoring with a monster home run to center field in the second inning. The Red Sox kept their foot on the gas for three more runs in the inning, and Bogaerts was at the heart of the rally.

Bogaerts ripped a one-out double down the left field line in the second inning to put runners at second and third for David Ross, who followed with an RBI double. The rookie then scored Bostonâ€™s third run when Jacoby Ellsbury hit a comebacker that kicked off the mound and jetted over toward second base for an infield single.

Bogaertsâ€™ effort wasnâ€™t flawless — as he actually misread Rossâ€™ double while failing to score on the play — but it took him just two innings and one at-bat to leave a mark. Bogaerts also started up a big 5-4-3 double play to end the sixth inning and walked in the ninth inning to help the Red Sox threaten for more.

If the Red Sox eventually win the World Series, Bogaertsâ€™ second-inning double might be the rookieâ€™s only Game 5 highlight on the championship DVD. He should have an opportunity to keep making an impact, though, as he absolutely deserves to start going forward. 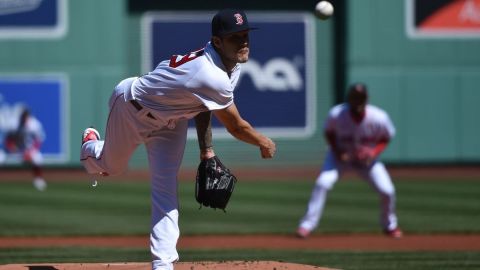 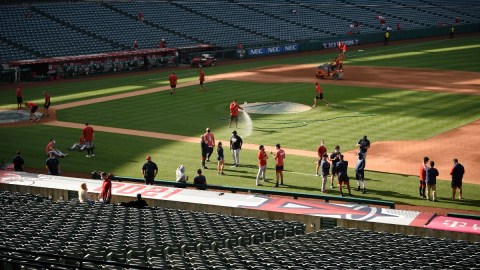