Final, Celtics win 96-86: The Celtics are coming back to Boston on a winning streak.

Paced by 21 points by Jordan Crawford and 39 points from their bench, the Celtics (6-10) topped the pesky Bobcats (7-8) on the road. The victory puts Boston 1 1/2 games behind the Raptors for the Atlantic Division lead. Yup, it’s that kind of season.

Gerald Henderson, who is becoming a Celtic killer, and Kemba Walker were excellent, combining for 48 points. But the ‘Cats had no answer for Boston’s bench, particularly Phil Pressey, who had two points and eight assists on a night when his stat line did not begin to describe his importance to controlling the flow of the game.

The Celtics now get a day to rest and practice before taking the court at TD Garden against Memphis on Wednesday.

Fourth quarter, :34.8, Celtics 93-84: The Bobcats are doing their best to make things interesting, but the Celtics are doing all the little things to hold them off.

Just in the last few possessions, the Celtics have won two jump balls and Wallace corralled an offensive rebound off a miss by Crawford to retain possession. The Cats eventually were forced to foul, and Crawford knocked down both free throws to keep them at bay.

Fourth quarter, 3:35, Celtics 88-76: Bass had a dreadful first half, but he’s bounced back with a strong second. After an elbow jumper to extend Boston’s lead to 10, Bass has 14 points in the game. Wallace added a right-place, right-time layup to push the advantage to 12.

Fourth quarter, 5:40, Celtics 84-73: If Pressey keeps playing like this, he might just see his playing time go through the roof in the near future.

With Henderson trying to back down Lee, Pressey sprinted over and used his quick hands to steal the ball from Henderson. That led to a transition layup for Bass.

Pressey’s stat line now reads two points, eight assists and three steals in 17 minutes, all with no turnovers. He’s been indispensable, which helps explain why he’s a plus-17 tonight.

Fourth quarter, 9:43, Celtics 75-66: Phil Pressey was a big part of how the Celtics built their lead in the second quarter. Now he’s back out there doing damage to the Bobcats again.

Pressey is up to six assists in the game after splitting the defense and dishing to Lee on the perimeter for a three and executing a pick and roll with Humphries for a layup.

End of third quarter, Celtics 68-66: The lead still belongs to the Celtics, but barely.

Walker initially knotted it up, then Jeff Adrien answered a Celtics’ bucket on the next possession to tie the score at 66-66. It’s like UConn was out to haunt the Celtics.

Bass hit a short jumper to restore the lead to the Celtics, but this game is far from over, obviously. The Celtics have a lot to shore up in the fourth quarter, namely putting somebody on Henderson, who has a game-high 18 points, and Walker, who has 17.

Turnovers continue to be an issue for the Celtics, although this third quarter was due more to Charlotte’s hot shooting (.632 from the field) than giveaways. At the same time, when a team is shooting as well as the Bobcats are, you never want to give them extra possessions.

Third quarter, 5:23, Celtics 58-55: Kemba Walker gets more love and Al Jefferson scores more points, but Gerald Henderson is quietly a nice, productive player for the Bobcats. And he is helping them make this game interesting.

Henderson drives for an and-one layup, giving him 16 points. The Bobcats are back in business, not that the sparse crowd at TimeWarner Cable Arena notices.

Halftime, Celtics 47-38: If there is a “Mr. Bobcat,” Gerald Wallace has a pretty strong claim to the title. He was their only All-Star and led the franchise to its only playoff appearance so far, and he’s still admired by diehard fans of the Cats.

Wallace must be feeling and feeding off their love, because he is playing his best game in weeks. Wallace has nine points to pace an effective bench that has scored 21 of Boston’s 47 points. On the starter’s side, Jordan Crawford is carrying the scoring load with a game-high 12 points.

The Celtics bounced back from a sloppy first quarter to shoot 58 percent and commit only three turnovers in the second quarter. Not surprisingly, they outscored the Cats 33-17 in that span and are in control here — provided they can avoid one of their patented third-quarter meltdowns.

Second quarter, 2:51, Celtics 41-33: If Lee went through an improvement this year, Jordan Crawford’s gone through a personal revolution.

It still feels weird to call him the Celtics’ point guard or their stabilizing force, but that’s exactly what he has been. He knocked down consecutive 3-pointers to help the Celtics keep Charlotte at arm’s length heading into the final minutes of the half.

Wallace, who has hardly taken a shot this season, much less a foul shot, has taken seven free throws already. Maybe being back in one of his old stomping grounds in Charlotte has reinvigorated him.

Second quarter, 5:46, Celtics 44-27: Whatever Courtney Lee did this offseason, he should make sure he does it again next summer. At this rate, he could come back an All-Star.

We’re kidding, of course, but there’s no joking about how well Lee has played this year. He now has five points off the bench after a nice driving and-one layup on the break. In addition to being the team’s best perimeter defender besides Bradley, Lee is handling the ball more and shooting more confidently than he did a year ago.

Second quarter, 9:29, Celtics 25-21: The Celtics bench is the gift that keeps on giving, no matter who is coming off of it.

After a couple down games — losing Sullinger to the starting five will do that — the bench is back to picking up the slack for the starters. Gerald Wallace, Phil Pressey, Vitor Faverani, Courtney Lee and Kris Humphries have led the way as the Celtics stormed back, with Faverani delivering a long jump shot and a 3-pointer to the cause.

More importantly, Pressey, Lee and Wallace have pushed the pace, as they always do, forcing the Bobcats to get back and keeping them stretched on defense.

End of first quarter, Bobcats 21-14: It’s a good thing college basketball is so popular in North Carolina. The crowd will be used to terrible offense.

These teams combined to shoot 15-for-41 from the field in the first quarter, with the Celtics bottoming out (they hope) at 28.6 percent. There were nine turnovers combined and four free throws taken, so they weren’t making up for their poor shooting by getting to the stripe.

Bass leads all scorers, what there is of them, with six points. This is just the way the Bobcats like it, though. They’re a strong defensive team that is perfectly fine with mucking it up and winning ugly.

First quarter, 5:43, Bobcats 11-4: Avery Bradley’s fingerprints were all over this game in the early going, for better or worse.

Bradley executed a nice pick-and-drive play with Brandon Bass, taking the ball to the hoop and dishing the ball to a trailing Bass for the dunk. But Bradley’s impact has mostly been negative for the Celtics so far. He dribbled out of bounds on Boston’s first possession and picked up two quick personal fouls — one on an and-one post up by Gerald Henderson, who took the smaller Bradley right to the block.

Bradley had to leave the game with his foul trouble, forcing the Celtics to go with a big lineup with Gerald Wallace at small forward and Jeff Green moving to off-guard. Green hasn’t been great as a guard all season, but he’ll have to deliver tonight.

6:23 p.m.: Jared Sullinger and Brandon Bass starting together worked out so well for the Celtics the last time, coach Brad Stevens decided to give it a try again.

Sullinger and Bass, both natural power forwards, will form Boston’s starting front line Monday against the Bobcats. They’ll be undersized at both the four and five spots, as Charlotte starts a pair of 6-foot-10 guys in Josh McRoberts and Al Jefferson.

On the plus side for the Celtics, McRoberts plays a lot smaller than 6-foot-10 and Jefferson has been dealing with an ankle injury. Still, Michael Kidd-Gilchrist and Gerald Henderson are both pretty good wing defenders, which means Sullinger and Bass will have to find a way to shoot over their bigger defenders if Jeff Green and Avery Bradley get bottled up.

8 a.m. ET: The Celtics finally got back into the win column on Saturday against the Hawks. Now they try for something they’ve only experienced once all season: a winning streak.

The Celtics (5-10) head to Charlotte to take on the Bobcats (7-7), who for just the second time in their history aren’t completely awful. That’s progress for a franchise that has only made the playoffs once in its existence.

Jared Sullinger will try to keep up his strong play of late, while Brandon Bass and Vitor Faverani look to continue making up for the absence of Kelly Olynyk, who is out two weeks with a sprained ankle. 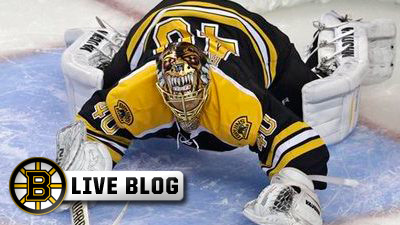 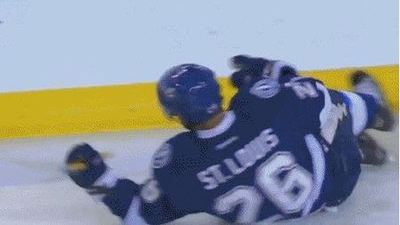