A couple of hours after expressing exasperation with his role and frustration with being taken out of the starting lineup, Gerald Wallace changed his tune after the Celtics recorded their first win of the season with a 97-87 victory over the Utah Jazz on Wednesday. The 13-year veteran even joked a little about his 31-year-old body’s adjustment to the rigors of coming off the bench.

“My back tightened up coming in there,” Wallace said. “It’s a lot different coming off the bench, but other than that, it was a fun experience for me.”

Wallace scored nine points — his second-highest scoring total of the season — in 23 minutes as a reserve as the Celtics hung on after letting their 25-point lead get whittled down to six points in the fourth quarter. Wallace’s work with the second unit was widely credited among his teammates for getting the Celtics the lead in the first place after they lurched out of the gate, falling behind 16-3 to the winless Jazz in the opening minutes.

“True professional,” Jeff Green said of Wallace. “Still came to work. The minutes he played were big. The defense he gave us, the energy he had, he was the reason we got the lead. For him to be told probably [Wednesday] morning that he wasn’t going to start, then to come out and play the way he did, that’s just a true professional. We’ve got to feed off what he does because he’s one of our leaders and he shows a lot of heart when he’s playing.”

Wallace’s accomodating statements and his teammates’ universal support was a far cry from before the game, when he sounded perturbed at having to come off the bench for just the 10th time in the last four years.

“I’m just trying to make sense of everything,” Wallace told reporters prior to the game. “I’m trying to figure out what’s really going on and go from there. I don’t have a clue. I don’t know what’s going on. My thing is, when I’m on the court, I compete to win. And when I’m not, it’s just cheer my guys on and hopefully we’ll get a win.”

His words probably came across a bit harsher in text, where his blunt honesty tends to come across as anger. But it was tough to misread his frustration.

“I’m done talking,” Wallace said shortly before the game. “Whatever they say, it’s their team. They can do whatever they want to do. [I’m just] going to come out and compete hard and try to win.”

Wallace’s remarks after the game may have been influenced by Celtics president of basketball operations Danny Ainge making a brief appearance in the home locker room at TD Garden. Before reporters could speak to Wallace, Ainge popped his head in, motioned to Wallace and ducked into a side room while Wallace followed.

When Wallace resurfaced, he sounded like a different man. He tried to clarify that he was “confused,” not “unhappy,” when he learned he wasn’t starting, and that at this stage of his career, playing key minutes in shorter spurts off the bench might extend his career.

“You can’t be mad after [Wednesday’s] result,” Wallace said. “We got our first win with it, so it’s something to ride. The whole shocking part about it is, it’s kind of new for me. This is my 13th season. Other than being on the bench my first three years in Sacramento, I’ve always been a starter. I bust my butt to be a starter. I try to be productive in that starting unit and this is the first year I have to come off the bench.

“It’s a new process. Sometimes new things are confusing. Who knows? This might be the best thing for my career.”

The Celtics are 1-4, with a challenging slate upcoming in the next few weeks. Whether Wallace’s renewed appreciation for a bench role will last once the results are not as favorable as they were Wednesday remains to be seen. For one night, at least, he seemed to be back on board with the Celtics’ plan for him. We shall see how understanding he is when the tightness in his back is coupled with the sting of defeat. 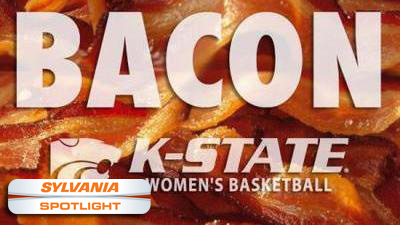 Brandon Bass, Celtics Learn From Losses Past to Pull Out First Win of Season Over Utah Jazz