BOSTON — The NHL trade deadline isn’t until Wednesday, but that didn’t stop a handful of teams from making a flurry of trades on Tuesday, one day before the 3 p.m. deadline. Arguably the biggest move of the day came from the Bruins’ opponent on Tuesday night.

The Florida Panthers swooped in and stole the headlines by acquiring goalie Roberto Luongo from the Vancouver Canucks. That could lead to a rather awkward situation with the Panthers’ goaltending corps. Tim Thomas, who has some history with Luongo dating back to the 2011 Stanley Cup Final, is still a Panther for now, and he’ll make the start Tuesday night against his former team.

Thomas will be making his third start against the Bruins this season. He’s allowed nine goals in two starts against Boston, including six goals from the B’s the last time these two teams met on Jan. 28.

On the Bruins’ side, they’ll be without Loui Eriksson for this one. The Swedish winger missed the morning skate with what Claude Julien labeled a “minor issue,” which is apparently enough to keep him out of this one. Of course, that’s led some to speculate that this game is some sort of showcase for Jordan Caron, who will be inserted into the Boston lineup in Eriksson’s place. Caron hasn’t played since Jan. 27.

Backup goalie Chad Johnson is expected to start for the Bruins after he was the first goalie off the ice at morning skate.

Here are the projected lines and defensive pairs for Tuesday night’s game. 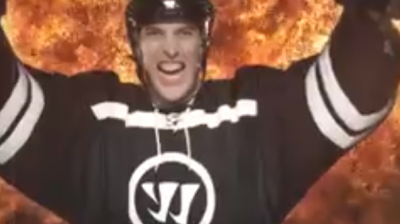