11:30 p.m.: The Ducks have emerged as a team with interest in Vancouver Canucks center Ryan Kesler, per Renaud Lavoie of TVA Sports. Kesler will not waive his no-trade clause to join the Rangers, the New York Post reports.

The Capitals could be a destination for veteran goaltender Jaroslav Halak, who was sent to the Buffalo Sabres in the Ryan Miller trade with the St. Louis Blues.

7:57 p.m.: Washington Capitals winger Martin Erat wanted a trade, and he got one Tuesday when the team completed a multiplayer deal with the Phoenix Coyotes.

5:50 p.m.: The Chicago Blackhawks have acquired 23-year-old defenseman David Rundblad from the Phoenix Coyotes, per Sarah McLellan of AZCentral.com.

Rundblad was selected 17th overall by the St. Louis Blues in the 2009 NHL draft. The Swedish D-man hasn’t lived up to his potential so far, but there’s no question he has impressive offensive talent.

4:40 p.m.: Roberto Luongo is headed south. The Vancouver Canucks netminder has been dealt to the Florida Panthers for Jacob Markstrom and another player, according to multiple reports.

4:01 p.m.: Andrew MacDonald will not be headed to the Boston Bruins.

The Islanders defenseman — and rumored B’s trade target — has been dealt to the Philadelphia Flyers for two draft picks, according to Newsday’s Arthur Staple.

3:55 p.m.: The Blue Jackets are doing their best to move winger Marian Gaborik, according to Aaron Portzline of The Columbus Dispatch — a desire that reportedly will only intensify if the Ducks are able to land Thomas Vanek.

Gaborik, who came to Columbus from the Rangers in a trade just last season, was activated last week after missing 22 games with a broken collarbone and scored in his first game back. He has six goals and seven assists in 21 game this season.

3 p.m.: The flurry of activity over the last hour has largely subsided, but one very juicy rumor has emerged.

Sportsnet’s Josh Rimer and David Pagnotta of The Fourth Period both have reported hearing that the Anaheim Ducks, who have been the most active team today, are freeing up space to make a run at New York Islanders winger Thomas Vanek.

Pagnotta also mentioned the Bruins as a team that could be interested in going after Vanek, who has 53 points (21 goals, 32 assists) in 60 games this season.

2:28 p.m.: The Senators have traded AHL defenseman Patrick Mullen to Vancouver for the rights to forward prospect Jeff Costello, the teams officially announced.

Costello, a fifth-round pick of Ottawa in 2009, is a senior and captain at Notre Dame. He has 11 goals and eight assists for the Fighting Irish this season, the team’s first in Hockey East.

2:25 p.m.: OK, the NHL trade machine is now officially in full swing. Here’s a quick recap of the deals that just went down:

The Ducks will receive a fifth-round pick this year and a third-rounder in 2015 from the Oilers for Fasth, according to TSN’s Darren Dreger.

Eric Stephens of the Orange County Register broke down the details of Anaheim’s other two trades:

2:05 p.m.: The Minnesota Wild have acquired goalie Ilya Bryzgalov from the Edmonton Oilers in exchange for a fourth-round draft pick.

The Oilers also have filled that void in net by bringing in Ducks goalie Viktor Fasth, according to multiple reports. ESPN’s Pierre LeBrun reports that Fasth-to-Edmonton is “a done deal.”

2 p.m.: A lot of moving and shaking is going on in Anaheim this afternoon.

Kevin Weekes of CBS reports that Ducks winger Dustin Penner has been traded to the Washington Capitals. The Orange County Register’s Eric Stephens also reported hearing of a Penner-to-Washington trade, as well as a deal that would send goalie Viktor Fasth to Edmonton.

Penner himself seemed to hint at the fact that he had been traded with this tweet: 12:58 p.m.: A minor deal has gone down between Atlantic Division clubs, as the Florida Panthers have traded defenseman Mike Weaver to the Montreal Canadiens for a fifth-round draft pick in 2015, according to multiple reports.

Weaver, 35, has zero goals, six assists and a minus-9 rating in 55 games for the Panthers this season.

Conacher, once a highly touted prospect in the Lightning organization, was traded to the Ottawa Senators last April as part of the deal that sent goalie Ben Bishop to Tampa Bay. Bishop (fourth in the NHL in goals against average this season, third in save percentage) has gone on to become one of the league’s best players at his position. Conacher, not so much.

11:45 a.m.: The Wild might be eyeing a veteran netminder other than Martin Brodeur.

Larry Brooks of the New York Post reports that Minnesota expects to acquire Jaroslav Halak, who has not played since being dealt from the St. Louis Blues to the Buffalo Sabres in the Ryan Miller trade over the weekend.

11 a.m.: We could be close to seeing a blockbuster deal featuring a surefire future Hall of Famer.

The New York Daily News reports the New Jersey Devils and Minnesota Wild have agreed to a deal that sends goalie Martin Brodeur to Minnesota. Brodeur still has to approve the deal. He’ll do so, according to the newspaper’s source, but only after he starts one more game with the only team he’s ever played for. That start is Tuesday night.

Both sides seem to be denying the deal at the moment, and Devils head coach Peter DeBoer is calling the choice to start Brodeur a “hockey decision.”

10:05 a.m.: The two Pennsylvania teams reportedly are very interested in acquiring Ryan Kesler from Vancouver, according to multiple reports.

Philly.com reports that the Flyers — who were originally thought to be quiet at the deadline — have now awoken with the news that Kesler could be available. The Flyers are interested in Kesler and Vancouver defenseman Alex Edler as part of a blockbuster deal, which means making it happen could be difficult.

The Pittsburgh Tribune-Review reports the Penguins have identified Kesler as their top target. Some of the Penguins’ interest in Kesler comes from a desire to get tougher in case the Pens end up meeting the Bruins in the playoffs again.

9:20 a.m.: ESPN.com’s Pierre LeBrun (we’ll be hearing plenty from him in the next two days) has the latest on the Ryan Callahan situation. It certainly sounds like the Rangers want to keep the captain in the mix. But could they have their eyes on another aforementioned American forward?

9 a.m. ET: One of the best times of the NHL year is upon us, and the hot stove is certainly cranking as we approach the annual trade deadline.

The NHL trade deadline is Wednesday at 3 p.m. ET, which means there’s a little more than a day left for teams to improve through trades. There’s yet to be a flurry of activity, so the next couple of days could be very interesting.

Initial reports indicate the market is thin at the moment. A lot of teams think they’re still in contention for playoff spots, and the lowered salary cap is making it more difficult for buyers to make moves. Will those prices come down and make it easier for teams to start wheeling and dealing? Hopefully.

Two of the biggest names who could be on the move are a pair of American forwards. Vancouver’s Ryan Kesler and New York’s Ryan Callahan are some of the better-known players to pop up in trade rumors.

Callahan might end up staying in New York, though. He’s a free agent at the end of the season. Although it’s been a struggle to get him signed to a contract extension, Callahan reportedly backed off his demands for a seven-year contract and is now willing to accept a six-year deal, his agent has said. The Rangers obviously will try to re-up their captain — as they did with Dan Girardi — but if they can’t come to a deal in the next day, they’ll have a difficult decision to make.

Kesler, meanwhile, reportedly has asked for a trade out of Vancouver. Reports surfaced Tuesday that he is looking to be dealt to an American team. With the Canucks struggling mightily, this could be the time to deal a player like Kesler and shake things up. He’s got time left on his deal, so the price to acquire Kesler — one of the league’s best two-way forwards — will not be a small one.

We’ll be all over the trade deadline right up until Wednesday afternoon, so be sure to check back in throughout the next couple of days for all the latest. 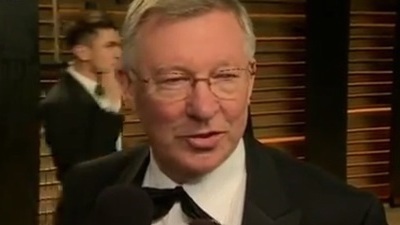