The Buffalo Sabres lost again Tuesday night when the Florida Panthers won the NHL draft lottery despite having the second-best chance to win the top selection in June’s draft.

Buffalo had the best odds to win, but it will pick second. Aside from the top two picks, the rest of the lottery order went as expected.

Now that we know the order of the first 14 selections, it’s time to predict which prospects these teams will draft. Here’s an early NHL mock draft, post-lottery edition.

Note: The New Jersey Devils were a lottery team but will pick 30th because of the Ilya Kovalchuk contract situation.

Picks 14 through 29 will be determined by the results of the 2014 Stanley Cup playoffs.

Nearly every Stanley Cup champion has its blue line anchored by a franchise defenseman — a player such as Shea Weber, Zdeno Chara or Duncan Keith. Ekblad could be that player for Florida based on his exceptional strength (6-foot-4, 215 pounds), great positioning, a high hockey IQ and tremendous poise with the puck. Very few D-men are as polished defensively at 18 years old as Ekblad, who also shows promise as a dependable penalty killer.

The Sabres need help at every position, but after finishing the season ranked last in goals scored and second-to-last in power-play percentage, selecting a forward with this pick should happen.

Reinhart is an exceptional playmaker with elite offensive awareness and protects the puck well with his balance and poise. He tallied 105 points (36 goals, 69 assists) in 60 games for Kootenay this season.

Another reason for Buffalo to select Reinhart is his NHL readiness. He’s capable of making an impact at the pro level in 2014-15 based on his maturity and hockey IQ. A lot of the league’s best teams are built with strong depth down the middle, which is why the Sabres should select Reinhart to form a three-headed monster at center with former first-round picks Zemgus Girgensons and Cody Hodgson.

The Oilers should trade this pick as part of a package for an established NHL D-man, but if they do make the pick, it should be a forward because there aren’t any defensive prospects worth taking in the top five after Ekblad.

Bennett is the best choice because of his fantastic play-making skills, ability to dominate on the power-play and a polished two-way game. He doesn’t make a lot of mistakes and scores clutch goals. He tallied 91 points (36 goals, 55 assists) in 57 games in 2013-14.

Drafting Bennett would give Edmonton a solid 1-2 punch down the middle with former No. 1 pick Ryan Nugent-Hopkins.

Calgary took center Sean Monahan with the sixth overall pick last year, and he’s turned into a quality player with superstar potential. This year’s selection should be used to bolster the team’s center depth even more.

Draisaitl has a high hockey IQ, impressive skating, a powerful shot and play-making skills that elevate the production of his linemates. The German forward posted 105 points (38 goals, 67 assists) in 64 games this season.

Draisaitl doesn’t have amazing strength, but he protects the puck well and is willing to battle in the corners. His hard-working attitude would fit in well with this Flames forward group.

The Islanders need to send their 2014 or 2015 first-round pick to Buffalo as part of the Thomas Vanek trade, and because the top prize in the 2015 draft is a potential Sidney Crosby-type player in Connor McDavid, the best choice would be to give up this year’s selection.

If the Islanders keep the pick, it should be used on a natural goal-scoring winger in Dal Colle. His accurate shot, great speed and soft hands make him a perfect winger for No. 1 center John Tavares. Dal Colle also would bring some much-needed toughness to the Islanders’ top nine.

Vancouver needs a defenseman, but it would be tough to pass on a power winger with goal-scoring skills and speed such as Jake Virtanen, who reminds a lot of people of Anaheim Ducks superstar Corey Perry. Virtanen scored 41 goals in 71 games for the Calgary Hitmen this season.

In addition to his offensive skill, Virtanen also is a polished defensive player who back checks consistently and will engage physically to win possession of the puck. He’s not NHL-ready yet, and might need another year in juniors and one season in the AHL, but he’s exactly what an aging Vancouver offense needs long term.

The Hurricanes likely are headed for a complete rebuild, which would give them plenty of time to let talented players such as Kapanen fully develop.

Toronto’s eternal search for a No. 1 center should continue with the selection of Nylander, the son of a former NHLer. He has fantastic hands and tremendous play-making ability, and he’s responsible in his own zone. His offensive awareness and speed are breathtaking, and are reasons why he’s one of the most exciting players in this class.

Nylander already has proven he can score goals and excel on the power play against professional opponents in Sweden, and he’d only need one more season of development before being ready for the NHL.

The Jets have plenty of depth on the wings with talented top-six forwards such as Evander Kane, Andrew Ladd and Blake Wheeler. It’s time to upgrade the depth down the middle, and Barbashev is the best choice for that need.

Barbashev tallied 68 points (23 goals, 45 assists) in 45 games this season, and he’s also steadily improving defensively. The Russian forward has developed into a dependable penalty killer, and he’s back checking with more consistency. He’s not a great faceoff man, but his combination of size, strength and skill is quite impressive.

Barbashev is close to being NHL-ready and is one of the more complete centers in this class.

Ehlers has game-changing speed, an accurate and powerful shot, and the stick-handling ability to move past defenders and protect the puck in traffic. He would be a fantastic fit on Anaheim’s top line alongside superstars Ryan Getzlaf and Corey Perry, and his elite offensive skill could really benefit the Ducks’ 22nd-ranked power play.

The Ducks received this pick from Ottawa as part of the summer trade that sent Bobby Ryan to the Senators. However, if Anaheim is eliminated in the first or second round of the playoffs, it wouldn’t be surprising if it uses this pick as part of a trade to acquire an impact player.

Ritchie is a power forward who scores goals and battles hard in all three zones. The Predators play a heavy, defense-first style of hockey, and there’s no doubt Ritchie would be a good fit in this system. He tallied 74 points (35 goals, 39 assists) in 61 games this season, which was almost double his previous career high.

Nashville finished 18th in goals scored and relied too much on its defensemen to provide offense. The team needs to take an all-around offensive prospect with this pick.

The Coyotes ranked 20th in goals scored, lack elite offensive players, and several of its best forwards (Shane Doan, Radim Vrbata, etc.) are in the final stages of their careers. This is why an extraordinary talent like Perlini is the perfect choice at No. 12.

Perlini is a gifted goal scorer with a booming shot, soft hands and impressive size (6-foot-3, 206 pounds). He tallied 71 points (34 goals, 37 assists) over 58 games in his first full OHL season. His willingness to play a physical brand of hockey, block shots and back check would allow him to make a smooth transition to Coyotes head coach Dave Tippett’s defense-first style of play.

The Capitals have plenty of offensive defensemen with Mike Green and John Carlson in their top four, but outside of Karl Alzner, they lack a stay-at-home blueliner who kills penalties well and plays physical. Fleury is a tough kid who skates well, and in addition to his fundamentally strong defensive skills, he moves the puck well and can skate his way out of trouble in the defensive zone.

Fleury’s maturity, poise with the puck and good decision-making illustrate how polished he is at a young age. Fleury could play in the NHL as soon as 2015-16.

Report: Patriots Want To Trade Up In First Round, Draft Wide Receiver 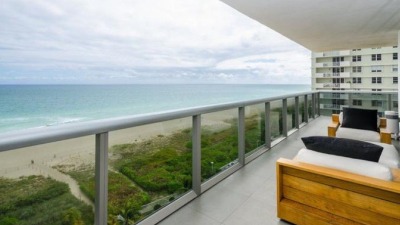