The Los Angeles Kings are one win away from hoisting the Stanley Cup for the second time in the last three seasons, and when they inevitably eliminate the New York Rangers, choosing the Conn Smythe Trophy winner won’t be an easy task.

There’s no candidate with a sizable lead over his teammates, which is much different than 2012, when Kings goalie Jonathan Quick was the unanimous selection as playoff MVP. This year’s group includes as many as five players, and the result of Game 4 likely will go a long way in determining who wins the award.

Let’s look at the top candidates for the 2014 Conn Smythe Trophy.

Williams has six points (one goal, five assists) in the Cup Final, bringing his postseason total to 24 (eight goals, 16 assists) in 24 games (his six multi-point games are more than any player). He also has provided the Kings with many clutch performances, posting five points (two goals, three assists) in three Game 7s and 11 points (five goals, six assists) in seven elimination games.

Williams leads the playoffs with 3.74 points per 60 minutes at even strength and is among the best puck-possession players with a 53.3 corsi-for percentage. When the Kings have needed a goal or a smart play in their own zone, Williams has come through many times.

Kopitar hasn’t dominated offensively in the Cup Final with two assists and zero goals, but he’s winning faceoffs and creating plenty of scoring chances. He leads the playoffs in scoring with 26 points, which includes a league-leading 21 assists.

From a defensive standpoint, Kopitar has been consistently elite. The Selke Trophy finalist has completely shut down the Rangers’ top two centers, Brad Richards and Derek Stepan, who have not scored a goal in this series and have generated almost no scoring chances on the power play. Kopitar is playing a major role on the Kings’ penalty kill (which is 13-for-14 in the series), and he leads the team in takeaways.

Kopitar is dominating in all three zones against elite competition, which might be enough for him to earn the Conn Smythe.

Doughty is the leading scorer among defensemen with 17 points in 24 games, but he has not made much of an impact offensively in the Cup Final with one point through three games. With that said, he has been excellent defensively against the Rangers’ top line, which includes Stepan and superstar winger Rick Nash. Doughty also excels on L.A.’s top penalty-killing unit.

Whether it’s creating offense, defending elite players, dominating on special teams or providing leadership, Doughty is the total package on the blue line for Los Angeles.

Carter’s reputation as a big-game player was enhanced in Game 3 when he scored a first-period goal with 0.7 seconds remaining, which really demoralized the Rangers. His 10 goals are the second-most in the postseason, and his 55.6 corsi-for percentage (puck-possession stat) ranks second among all players.

Carter has consistently played at a high level at both ends of the ice, but he doesn’t have the stats to win the award over Kopitar or Williams.

Gaborik leads the playoffs with 13 goals, including a two-game point streak in the Cup Final and 21 points overall. Despite his impressive scoring totals, Gaborik is unlikely to win the Conn Smythe, but there’s no question he has become the best trade-deadline acquisition of the season. The Kings badly needed additional goal scoring to secure a playoff spot from a competitive Pacific Division, and Gaborik delivered. 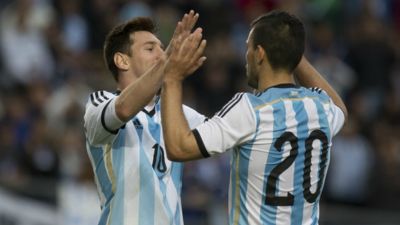