Group F of the 2014 FIFA World Cup can only have one winner: Argentina.

As a contender to win the World Cup, Argentina should have little problem progressing from Group F. Coaches everywhere envy the attacking arsenal that head coach Alejandro Sabella has at his disposal. It’s his job to balance it with a reasonably sound defense. We expect “La Albiceleste” to open the tournament with a hard-fought victory against Bosnia-Herzegovina, ease past Iran in its second game and complete the group-stage sweep by defeating Nigeria.

Although Bosnia-Herzegovina is taking its maiden World Cup voyage in 2014, it’s confident that it can reach the knockout rounds. Bosnia-Herzegovina also has an impressive stable of goal scorers, but its defense will come under constant scrutiny. Bosnia-Herzegovina likely will fall to Argentina in its opener. If it can recover its form and spirit, it should be able to defeat Nigeria then beat Iran in its last group-stage game.

Iran returns to the World Cup after its absence in 2010, but it doesn’t appear that “Team Melli” will be in Brazil for very long. While head coach Carlos Quieroz built his team on a secure defense, the Iranian rearguard might not withstand its World Cup opponents’ attacks. Iran could sneak a draw against Nigeria in its opener, but it’s unlikely. Iran then will be overpowered by Argentina before losing to Bosnia-Herzegovina in its finale.

Nigeria is young, talented and maddeningly unpredictable. The Super Eagles can impress at times, but a lack of consistency might undo them in Brazil. Head coach Stephen Keshi should lead his team to victory in its opener against Iran. Nigeria can secure passage to the Round of 16 if it peaks against Bosnia-Herzegovina, but we expect the Super Eagles to underwhelm in defeat. Nigeria then will lose to Argentina, confirming its group-stage exit.

Can’t-Miss Games
Argentina and Bosnia-Herzegovina could fill up the scoreboard when they meet in the Group F opener. Nigeria’s game against Bosnia-Hezegovina likely will determine which team advances to the knockout rounds.

Players To Watch
— This will be Lionel Messi’s World Cup. The Argentinian superstar will show why he is one of the sport’s greatest-ever players and lead his team deep into the tournament. The public has under-appreciated midfielder Angel di Maria and striker Gonzalo Higuain for years. That could finally change if they shine on the big stage.

— Vedad Ibisevic and Edin Dzeko are the only two nominal strikers in Bosnia-Hezegovina’s squad. Both are lethal goal scorers and will be fun to watch. Miralem Pjanic also could excite fans in the playmaker’s role.

— Despite being born in San Jose, Calif., and plying his trade in Major League Soccer, fullback Steven Beitashour will represent Iran in one of the World Cup’s top socio-political storylines. Midfielder Javad Nekounam, 33, is the standard-bearer for a generation of Iranian soccer players that will soon fade into history.

— John Obi Mikel runs Nigeria’s midfield with a poetic license that is denied to him when he plays his club soccer for Chelsea. If the 27-year-old can create chances for Emmanuel Emenike and Ahmed Musa, Nigeria could sneak into the next phase of the competition. Nigeria goalkeeper Vincent Enyeama enjoyed a stellar 2013-14 campaign with French club Lille. He can cement his reputation as one of Africa’s best goalkeepers with strong performances in Brazil. 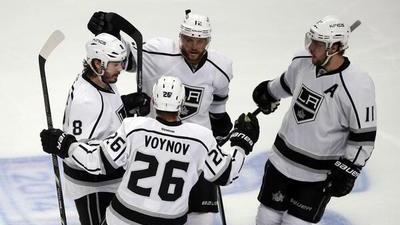 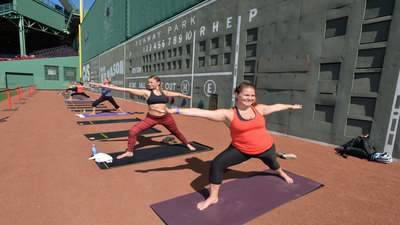