Set the box score aside for a minute. Forget for a moment the three balls the Seattle Mariners knocked into the seats at Safeco Field. There was a lot to like about Clay Buchholz’s return to the big leagues.

Buchholz, taking the mound in a Boston Red Sox uniform for the first time in nearly a month, turned in one of his best outings of the season Wednesday night, fighting through a rough second inning to toss 7 1/3 strong frames in a 5-4 Red Sox win.

The victory allowed Boston to avoid a three-game sweep at the hands of the Mariners and end what overall was an underwhelming West Coast swing on a positive note.

“We needed that out of him,” first baseman Brock Holt, who went 2-for-5 with two runs scored, told NESN’s Jamie Erdahl after the game. “First game back, it was huge for us to keep us in the ballgame. We scored some runs for him, and he kept it with us in the lead, so he did a good job.”

A two-run home run by David Ortiz in the top of the first gave Buchholz a lead before he even stepped on the mound, but it didn’t take long for the right-hander to dig himself a hole. In a sequence that gave Red Sox fans unpleasant flashbacks to some of Buchholz’s early-season outings, the Mariners opened the second inning by going homer, single, homer, with the second blast — off the bat of catcher Mike Zunino — leaving no doubt as it left the yard.

Buchholz then, well, buckled down. He did not allow another baserunner until the sixth inning and didn’t surrender his fourth and final run — a first-pitch solo homer by shortstop Brad Miller — until the eighth, but the hallmark of his outing was efficiency. Buchholz, who threw just 75 pitches and struck out two, used the Mariners’ free-swinging ways and Safeco’s spacious outfield to his advantage, relying on his fielders as Seattle hit into 13 fly-ball outs.

“That’s about as aggressive of a team as I’ve pitched to in my career,” Buchholz said. “For the number of pitches I threw, it was a grinding, stressful outing knowing that you can’t make a mistake.”

For a pitcher who entered the game with a ghastly 7.02 ERA and hadn’t had a respectable start since early May, it was a clear improvement, and one that was not lost on manager John Farrell.

“He was outstanding,” Farrell told reporters after the game. “With the exception of a three-hitter span in that second inning, he really settled in from the third inning on. I thought in the seventh inning — probably his best inning of the night — he really gained a feel for his changeup, which we felt all along was a key pitch for him.

“He pitched comfortably; he was extremely efficient — 70, 74 pitches through seven innings. It really gave us a lift in that starting rotation. And what he can mean to us going forward is not only a boost, but the potential for well-above-average performance.” 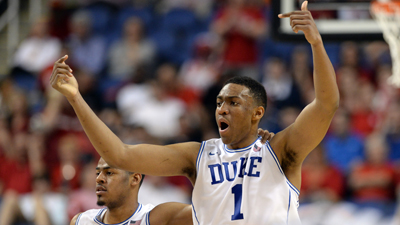