Overtime, 4:35, Kings win 3-2: Justin Williams scores the overtime goal with a wrist shot and the Kings take Game 1. Rangers D-man Dan Girardi turned the puck over, and Williams capitalized with a perfect shot that beat Henrik Lundqvist blocker side.

This is the third straight year that overtime is needed to decide Game 1 of the Stanley Cup Final.

Third Period, 19:24, 2-2:  Carl Hagelin was denied on a short-handed breakaway by Jonathan Quick, and then at the other end, Henrik Lundqvist  made a beautiful save on a wraparound attempt by Jeff Carter. Great goaltending in the final minute of regulation.

Third Period, 18:24, 2-2: Brian Boyle slashed Dwight King’s stick and broke it in half, resulting in a power play for Los Angeles. Huge chance for the Kings to win this game in the final 1:36 of regulation. L.A. is 0-for-3 on the power play with zero shots tonight.

Third Period, 7:54, 2-2: We will have 4-on-4 hockey for two minutes, as Rick Nash (hooking) and Drew Doughty (embellishment) are called for minor penalties. The Kings have a 10-0 shot on goal edge in this period.

Third Period, 7:00, 2-2: Henrik Lundqvist has made nine saves in the period, and the Rangers have zero shots on Jonathan Quick.

Third Period, 4:42, 2-2: We’re back to even strength. The Kings tallied zero shots on the power play.

Third Period, 0:45, 2-2: The Kings created the best scoring chance on the Rangers power play when Anze Kopitar raced into the attacking zone and shot a backhander at Henrik Lundqvist, who also stopped the rebound shot. We’re back to even strength.

Second Period, 18:46, 2-2: The Rangers are going to the power play after a high-sticking penalty by Mike Richards.

Second Period, 18:10, 2-2: The Kings are doing a great job of blocking shots and keeping the Rangers to the perimeter. There’s no room in the slot.

Second Period, 15:10, 2-2: Rangers D-man Anton Stralman lays a huge hit on Kings winger Tyler Toffoli. Stralman has made a few of those hits tonight. A minute later, Carl Hagelin had a breakaway, but Kyle Clifford caught up to him and broke up the play before the Rangers winger could get a shot off.

Second Period, 13:45, 2-2: Both teams are trading chances, and the physicality has increased. Huge hits are being delivered all over the ice. We’ve seen exciting, fast-paced hockey through one-and-a-half periods.

Second Period, 6:45, 2-2: The Kings are going back to the power play after Rangers forward Derick Brassard boarded L.A. captain Dustin Brown. Brown was slow to get up off the ice and eventually skated to the bench. He did not go to the locker room.

Second Period, 6:36, 2-2: Drew Doughty has tied the game with his first goal of the series. He received a pass and did a sweet between-the-legs move to get the puck on his stick before shooting. It was an unassisted goal. Doughty has 17 points in the playoffs, which leads all D-men.

Second Period, 3:45, NYR 2-1: The Kings are short handed again after a Jake Muzzin penalty for interference.

The Kings also failed to score on a 2-on-1 chance:

The Rangers are 10-3 when leading after the first period this postseason.

First Period, 17:33, 2-1 NYR:  The Kings got one back! L.A. winger Kyle Clifford forced a turnover in the attacking zone, went to the net, and capitalized on a centering pass from Jeff Carter below the goal line. Clifford beat Rangers D-man Marc Staal to the right post and deflected the puck up and over Henrik Lundqvist.

First Period, 15:03, 2-0 NYR: The Rangers scored short handed and lead 2-0. Carl Hagelin entered the attacking zone with speed, and his backhand shot was saved by Jonathan Quick. But the rebound went off the skate of Kings D-man Slava Voynov and over the goal line.

First Period, 13:21, 1-0 NYR: A Drew Doughty turnover allows Rangers forward Benoit Pouliot to enter the attacking zone on a breakaway, and he scores on Jonathan Quick with a wrist shot for the first goal of the series. It’s his first goal in the last 13 games. The goal was unassisted.

First Period, 11:12, 0-0: The Kings have killed off the penalty, and we’re back to even strength. At the end of the power play, Benoit Pouliot tried to bank the puck off Jonathan Quick, and it laid loose in the crease for a few moments before the LA goalie covered it up for a faceoff. New York tallied just one shot on the power play.

First Period, 9:12, 0-0: Kings D-man Alec Martinez hooks Carl Hagelin, and the Rangers will be going on the power play for the first time.

First Period, 5:47, 0-0: Kings D-man Jake Muzzin had a glorious chance in the slot from about seven feet from the net, but Henrik Lundqvist got a piece of it, and the puck bounced past the post.

First Period, 4:01, 0-0: The game has a very fast pace so far. Rangers have earned the majority of attacking-zone possession and lead 4-2 in shots on goal.

Above information via Fluto Shinzawa of The Boston Globe.

7:15 p.m. ET: Here’s a little non-Stanley Cup news from the NHL, via Chris Botta of the Sports Business Journal.

7 p.m. ET: The Rangers are getting warmed up with a team activity.

6:05 p.m. ET: The NHL has announced that Steve Kozari, Wes McCauley, Dan O?Halloran and Brad Watson will be the referees for the 2014 Stanley Cup Final.

5 p.m. ET: Here are some game notes to look over while we wait for puck drop.

1 p.m. ET: After three grueling rounds of the Stanley Cup playoffs, only two teams remain in the quest to win the greatest trophy in sports.

The Los Angeles Kings and New York Rangers open the 2014 Stanley Cup Final at Staples Center on Wednesday night in what promises to be an exciting, physical and long series.

The Kings — who are searching for their second championship in three seasons — had to endure three Game 7s on the road to reach this point, including a thrilling overtime win to eliminate the Chicago Blackhawks in the Western Conference final. The Rangers are making their first Cup Final appearance in 20 years. They are led by two former champions, Martin St. Louis and Brad Richards, as well as all-world goaltender Henrik Lundqvist.

Who will strike first and open the series with a victory? Check back to our live blog at 8 p.m. ET for live score updates, analysis and up-to-the-minute highlights.

Click here for a preview and schedule info for Kings-Rangers 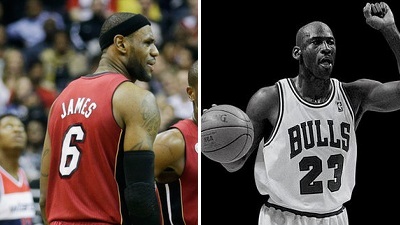