BOSTON — General manager Ben Cherington has been with the Red Sox organization in some capacity since 1999. He has seen mostly highs, some lows and other points that fall somewhere in-between.

But even Cherington is a bit thrown off by the current state of affairs.

?We’re in an unusual and perhaps unique position,” Cherington said before Wednesday?s game against the Chicago White Sox at Fenway Park. “It’s unusual in the sense that we haven’t been in this position — at least since I’ve been here — in a position of even thinking about trading players at the deadline, so that’s unusual. It’s unique because, on the one hand, our team is where it is. On the other hand, we’ve got guys on the team who were performing at a very high level who were winning a World Series months ago. That just doesn’t happen often. That doesn’t happen often in baseball. Sometimes, teams are sellers but not necessarily with guys who are coming off success like that.?

Cherington wouldn?t commit Wednesday to the idea of the Red Sox becoming full-blown sellers at the trade deadline, but the decision to cut ties with veteran catcher A.J. Pierzynski in favor of catching prospect Christian Vazquez certainly represents a change in philosophy. It?s clear the Red Sox are becoming more focused on assessing their future as they remain stuck in last place in the American League East.

?I just think this move today, we believe we can win games with Christian behind the plate and David (Ross) and those two will split time,? Cherington said. ?But it is also an investment in (Vazquez). ? We?re in an unusual spot. We?re just going to have to see what the rest of the month brings us. I still hope we go on a run and our outlook changes, but that?s where we are right now.?

Cherington acknowledged the Red Sox might not have been inclined to get rid of Pierzynski — the Red Sox?s third offseason free-agent signing to be designated for assignment in 2014, behind Grady Sizemore and Chris Capuano — if the team wasn?t struggling so badly. However, the GM also shouldered blame for how he assembled this year?s roster, particularly when stacked up against the 2013 squad.

?It?s surprising and disappointing the way the team has performed. I don?t want to put it on any one player or any category of player,? Cherington said. ?I think it?s been a lack of performances across the board and it starts with me. It just isn?t where we want to be. It?s not in any way what we thought it was going to be. But here we are. So we have to be honest about where we are and remain hopeful that things can get better quickly, but be honest about where we are and act accordingly.?

The Red Sox used five rookies in their starting lineup Wednesday for the first time since 1987. The season quickly has slipped away, representing a crazy fall from grace following last year?s success. 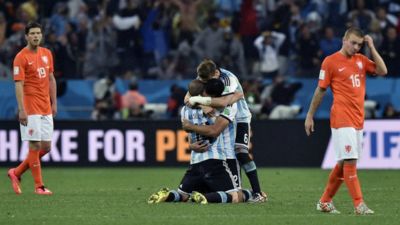