Derick Brassard is staying with the New York Rangers, as both sides have avoided arbitration by coming to terms on a five-year contract worth $25 million, per Elliotte Friedman of Sportsnet.

The 26-year-old primarily played a second-line center role for the Blueshirts last season, posting 45 points (18 goals, 27 assists) in 81 games. He also tallied 12 points (six goals, six assists) in 23 playoff games as a key part of the team’s run to the 2014 Stanley Cup Final.

The 2014-15 NHL season will be Brassard’s second full campaign with the Rangers. New York acquired him in a multi-player deal with the Blue Jackets at the 2013 trade deadline that was highlighted by Marian Gaborik going to Columbus. 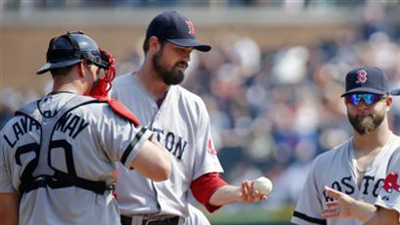