The Chicago Blackhawks defended the Stanley Cup valiantly last season, but ultimately lost to the eventual champion Los Angeles Kings in overtime of Game 7 in the Western Conference final.

After a summer that saw Brad Richards join the group and no important players departing, Chicago is poised for another playoff run into mid-June.

The blue line also is loaded with elite talent. Reigning Norris Trophy winner Duncan Keith — who isn’t even the best D-man on this team — will again be paired with Brent Seabrook. The shut-down duo of Niklas Hjalmarsson (the team’s best D-man) and Johnny Oduya is one of the league’s most underrated pairings and plays against top competition.

The Blackhawks still need to get under the salary cap, but their roster is too deep, and too talented not to reach at least the conference finals for the third straight season.

Brandon Saad enjoyed a solid sophomore campaign in 2013-14 by setting career highs in goals (19), assists (28), points (47) and games played (79).  The former second-round draft pick is a quality goal scorer, creates scoring chances for teammates, plays a responsible defensive game and contributes to special teams. It’s an impressive well-rounded skill set that will make him one of the league’s best two-way wingers very soon.

The “Man-Child” is poised for a breakout season in 2014-15, and Saad has plenty of motivation to perform at a high level because he’s a restricted free agent next summer.

Scoring depth is a huge advantage for Chicago over nearly every team. The Blackhawks finished second in goals scored last season, and finished with five 60-plus points scorers, five 20-plus goal scorers and nine double-digit goal scorers. Chicago also receives consistent scoring from its blue line. Keith and Seabrook combined for 101 points (the highest for one pairing) and two others, Nick Leddy and Niklas Hjalmarrsson, tallied more than 25 points.

The Blackhawks also ranked second in 5-on-5 goals (188) and third-period goals (90). Playing an uptempo, high-scoring game against this team is a recipe for disaster.

Goaltender is the weakest position on the Blackhawks roster. Corey Crawford is an overrated netminder and his six-year, $36 million extension that begins this season will soon be a mistake. His save percentage and goals against average were worse in 2013-14 than they were in 2012-13, and he finished the 2014 playoffs with a 2.53 GAA and a .912 save percentage — allowing 26 goals in seven games against the Kings in the West final.

Backup goalie Antti Raanta won’t make Blackhawks fans any more confident about the team’s goaltending. He went 13-15-4 last season, but posted a disappointing .897 save percentage and a 2.71 GAA.

Goaltending is one area where Chicago doesn’t have an advantage over the Kings.

It’s Stanley Cup or bust for the Blackhawks. They finished third in the Central Division last year, but it would be surprising if that happened again because the St. Louis Blues and Colorado Avalanche are expected to regress a bit. The main goal for Chicago is to stay healthy and avoid major injuries before the postseason. If Toews and Kane are in the lineup, the Blackhawks will be very tough to beat in the spring. 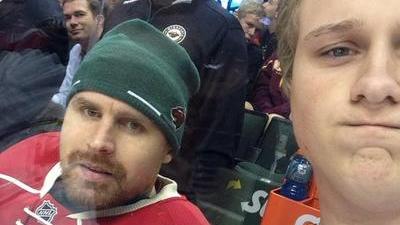 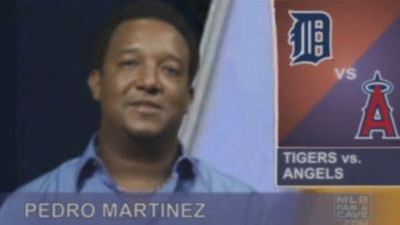