Torey Krug is one of the best young defensemen in the NHL, and he finally will report to Boston Bruins training camp after signing a one-year contract worth $1.4 million, the team announced Monday.

This is great news for the Bruins — a $1.4 million salary cap hit for a player of Krug’s caliber is a tremendous deal.

What He Will Bring The Team
Krug’s ability to quarterback a power play was one of the primary reasons why Boston’s unit showed dramatic improvement (26th in 2012-13 to third in 2013-14) last season with a 21.7 percent success rate. Whether he’s playing on the power play or at even strength, Krug’s powerful shot from the point, great playmaking skills, high hockey IQ and offensive awareness make him one of the best offensive players on the Bruins roster.

His 40 points led rookie defensemen in 2013-14 and tied captain Zdeno Chara for the team lead among D-men. Krug’s 14 goals were the fifth-highest among all blueliners and his 19 power-play points led the Bruins.

His ability to perform at a high level in the postseason (team-leading 12 points in 10 contests last season) also is extremely valuable.

Overall, Krug gives the Bruins an offensive skill set the team lacked for many years prior to his arrival. The exciting part is that his game still has plenty of room for improvement.

Weakness That Must Be Improved
Krug is not an elite defender, and even though he makes up for his lack of size with a high compete level and a willingness to battle for loose pucks in all areas of the ice, he’s not the first D-man B’s head coach Claude Julien is putting on the ice in pressure situations against opponents’ top forwards.

To be fair, Krug helps drive puck possession and the Bruins consistently out-shoot their opponents when he’s on the ice. Therefore, the B’s usually don’t have to do a lot of defending when Krug hops over the boards.

Krug also needs to be a little more careful with the puck. The 23-year-old’s fantastic puck-moving skills are an important part of his game, but sometimes he makes poor decisions that result in turnovers. His 35 giveaways were the second-most among Boston blueliners last season.

Expected Role For 2014-15
Krug likely will be a third-pairing defenseman who starts most of his shifts in the attacking zone. He should also play a major role on the power play — his 2:30 of power-play ice time per game led the team in 2013-14. 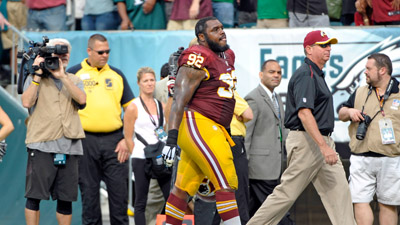