BOSTON — Jared Sullinger will be honest with you: He hasn’t given basketball a whole lot of thought this summer. Or, rather, he hasn’t given the NBA much thought.

Sullinger, who’s entering his third season with the Celtics, was mentioned throughout the months of June and July as a potential trade chip as fans in Boston fantasized about wooing Kevin Love to Causeway Street.

To hear him tell it, though, all that talk was nothing more than white noise.

“Summertime, I don’t even pay attention to basketball, honestly,” the Ohio State product said Friday after running a youth clinic in Boston’s Jamaica Plain neighborhood. “Summertime is all about yourself, as selfish as it sounds. You try to get yourself better. You try to make yourself better to go into next season regardless of wherever you’re at. All those things that were going on, my mom, my dad, my brothers knew more about that situation than I did.”

Don’t confuse Sullinger’s ambivalence to the NBA rumor mill for a lack of dedication to his craft. The 22-year-old played “a lot of basketball” this summer, both at the Celtics’ practice facility and back home in Columbus, Ohio, with an emphasis on improving his conditioning and endurance — one of the weaker aspects of his game to date.

Sullinger admitted he’s still pushing toward the goals he set for himself at the beginning of the offseason and said he won’t know for sure whether his work has paid off until he experiences a month or two of the nightly NBA grind. He is healthy, however, having recovered from the back injury that hindered his offseason training last summer.

“They shut me down,” Sullinger said. “I couldn’t play until (last) September. Forgoing basketball with contact, playing one-on-one, things like that, so I was kind of behind the 8 ball. And I stayed behind the 8 ball. This year, I’m kind of in front of the 8 ball right now, hopefully hitting the corner pocket. So, we’ll see.”

A fully healed back should bring with it added confidence for the 6-foot-9 power forward, who said his psyche entering last season was shaky at best.

“I think I was a little afraid at the beginning of training camp due to my back, the contact, all that good stuff,” he said. “I was afraid of what was going to happen in the middle of the season. But now, I know what I can do. I know how my back’s going to hold up. The beautiful thing about it is I’ve got another year to show who Jared Sullinger can be.”

This year’s Jared Sullinger’s also appears to be a bit slimmer than last year’s edition, but he wasn’t about to divulge this information.

“Maybe,” Sullinger said when asked if he has lost a few pounds. “I can’t tell you everything, but maybe.” 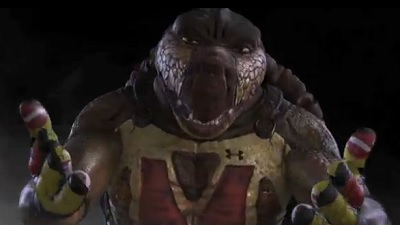