The Red Sox enter the offseason with several openings in their starting rotation. The bullpen is in flux, too.

Koji Uehara?s future isn?t the only question surrounding the Red Sox?s bullpen. Manager John Farrell said last week at least one of the organization?s young starters could shift to the ?pen in 2015. General manager Ben Cherington said he plans to add to the unit in some manner.

The bulk of the Red Sox?s bullpen might already be in place, but additional movement is a certainty.

2014 at a glance
The Red Sox?s bullpen was solid this season, particularly in the first half, when Uehara was his usual dominant self and Andrew Miller was in the mix. Boston?s relief corps ranked third in the majors in WAR (5.6) and 12th in ERA (3.33), which is an accomplishment considering how taxed the group was at times because of the Red Sox?s inconsistent starting pitching.

Uehara and Junichi Tazawa, for the most part, were reliable. Burke Badenhop was very steady. Edward Mujica overcame a shaky start to salvage his first season in Boston, albeit in unspectacular fashion. Tommy Layne emerged as a bright spot down the stretch after starting the year with Triple-A Pawtucket. Craig Breslow struggled from start to finish.

The biggest change, of course, involved Miller, who was traded to the Baltimore Orioles in exchange for left-handed pitching prospect Eduardo Rodriguez just before the Major League Baseball non-waiver trade deadline. Miller, a free agent-to-be, left the door open for a potential reunion this offseason, but the left-hander?s excellence with both the Sox and O?s could launch him beyond Boston?s price range.

Whose job(s) to lose?
Tazawa and Mujica are under contract. They?ll likely return.

Uehara and Badenhop are free agents. The Red Sox would like to re-sign Uehara, so it?s a strong possibility they?ll continue their relationship. Badenhop?s chances of returning don?t seem quite as high.

The Red Sox hold a $4 million option on Breslow. His season-long woes suggest Boston probably will go in a different direction.

The Red Sox could have as many as three spots to fill. Brandon Workman, Rubby De La Rosa and/or Matt Barnes could land in the bullpen depending on how the rotation shakes out. De La Rosa is out of minor league options.

Notable prospects
Drake Britton, LHP, 25
This is a make-or-break season for Britton, who looked primed to win a 2014 roster spot following a good 2013. The 25-year-old southpaw posted a 5.86 ERA in 45 appearances with Pawtucket spanning 58 1/3 innings, but he?s not afraid to challenge hitters.

Matt Barnes, RHP, 24
Barnes, a former first-round pick, resurfaced late in the year and showed promise out of the Red Sox?s bullpen. He features a fastball in the mid 90s and good offspeed stuff, enabling him to rack up strikeouts. The most encouraging aspect of Barnes? 2014 major league performance was his aggressiveness.

Heath Hembree, RHP, 25
Hembree, acquired from the San Francisco Giants in the Jake Peavy trade, showed both good and bad in his six big league appearances with the Red Sox. The burly righty has swing-and-miss stuff — 10.8 strikeouts per nine innings at Triple-A in 2014 — and he?ll make his way through Boston at some point.

Edwin Escobar, LHP, 22
Escobar, like Hembree, was acquired in the Peavy deal. He has a higher ceiling and actually is a starter, but the Red Sox?s surplus of starting pitching prospects could force Escobar to the bullpen.

Escobar?s stock has dropped over the last year-plus. A role change could help his cause.

Top three free agents
Andrew Miller, LHP
Miller had a breakout 2013 before a foot injury derailed his season. He has been even better in 2014, posting a 2.02 ERA over 73 regular-season appearances and keeping the good times rolling in October.

Koji Uehara, RHP
Uehara will turn 40 before Opening Day. He also had a six-appearance stretch this season where he looked his age. There?s no denying Uehara?s track record, however. A one-year pact with Boston makes sense.

David Robertson, RHP
The New York Yankees should make an effort to re-sign Robertson, who pitched well in his first season as the team?s closer. The Yankees could extend a qualifying offer — set at $15.3 million this year — but the 29-year-old could reject it to pursue a long-term contract on the open market.

Robertson, who turns 30 in April, is the best closer available this winter. Don?t be surprised if he commands Jonathan Papelbon money.

2015 prediction
The Red Sox will start the season with a bullpen comprised of Uehara, Tazawa, Mujica, Layne, Workman, De La Rosa and a free-agent signing. The bunch could be of the utmost importance if Boston?s rotation doesn?t take shape.

Uehara is fighting history and Father Time in his quest to excel into his 40s. Someone like Workman or De La Rosa could wind up closing games at some point late in the year. 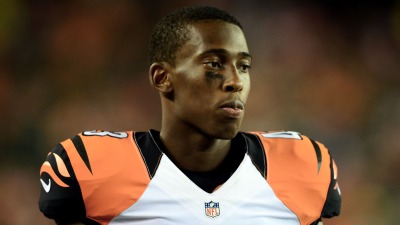 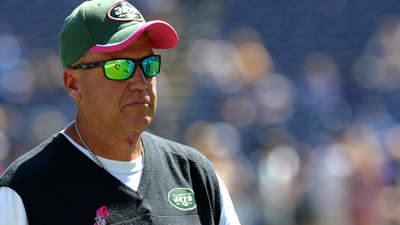