Evan Turner can be seen rocking some sweet jewelry these days.

The Boston Celtics swingman revealed his personalized “E.T.” chain after Saturday’s game against the Chicago Bulls. The chain, which Turner had custom-made by a Philadelphia jeweler, is based off both Turner’s initials and the classic “E.T.” film. “I tried to make something that was too girly one night,” Turner told MassLive.com’s Jay King. “It was like a coin and it was with my mom’s name on it. And her name’s Iris, so it’s an iris flower. And it came out looking too girly, so I gave it to my mom.

“So I was like, I’ve gotta make something for me. And the E.T. theme was dope, and I was like, I think this would be definitely dope. It kind of shows my personality too with it, so I like it. It will be a family heirloom.”

Maybe the chain is Turner’s good-luck charm. The 26-year-old put up 19 points Saturday while filling in for guard Rajon Rondo, who sat out to undergo minor surgery on his hand. 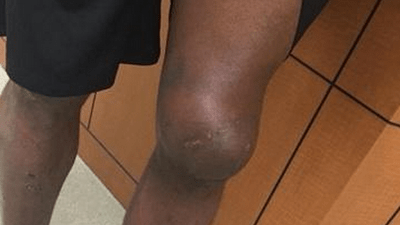 Patriots Hangout: Defensive Line Still In Flux At Midway Point Of The Season