It’s been a tough week for Kris Humphries.

First, the Washington Wizards big man had to take questions about seeing his ex-wife Kim Kardashian “break the Internet” with her jaw-dropping magazine spread earlier in the week. On Sunday, it’s his college alma mater getting dump-trucked on the football field.

Humphries’ University of Minnesota Golden Gophers hosted Ohio State on Saturday in an important Big 10 matchup for both teams. Things didn’t start well for the Gophers, as the Buckeyes jumped out to a 14-0 lead.

Ohio State alum Jared Sullinger — who is an ex-Boston Celtics teammate of Humphries — wasted no time giving him grief on Twitter. 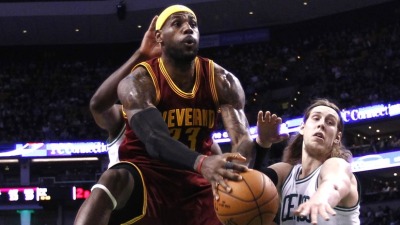