That’s how many fouls the Atlanta Hawks sharpshooter was charged with in his team’s 109-105 win.

The Hawks ratcheted up the intensity in the second half as they erased a 23-point deficit, and Turner felt the refs should have directed their whistles at Korver at least once or twice. Speaking with reporters after the game, the reserve swingman singled out one instance of Turner picking up a foul as he and Korver battled for a loose ball, taking a jab at Korver’s defensive prowess in the process.

“They started pressuring, and it?s tough to score when you have two hands inside your jersey, as well,? Turner said, via The Boston Globe. ?At the same time, I got a foul call on Korver and they said I pushed him and tripped him and he just fell. He can?t guard to save his life and he?s grabbing Marcus Thornton and he?s grabbing me and he has no business being in the game on the defensive end, but what can you possibly do if they?re allowed to have their hands on you?”

Turner went on to commend the Hawks’ effort (“They played a great game”), but his comments definitely come off as a case of sour grapes, especially given the way Korver tormented the Celtics. The Hawks guard shot was surgical from 3-point range, burying six of his seven attempts from beyond the arc and eight of his nine shots overall.

Turner, meanwhile, finished with 12 points in 21 minutes as Boston lost for the eighth time in its last nine games. 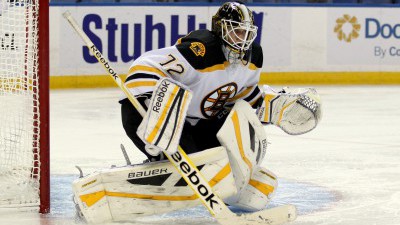